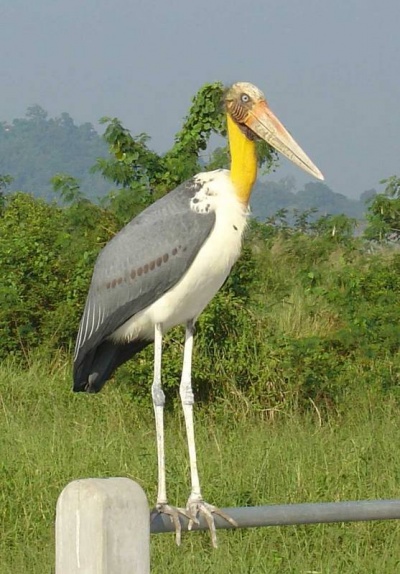 Juveniles are a duller version of the adult.

Asia: they are found from India and Sri Lanka to southern China, Indochina and Indonesia. 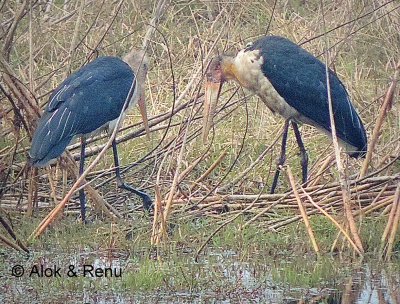 They are colonial tree nesters, sometimes in mixed species. They build a stick nest. 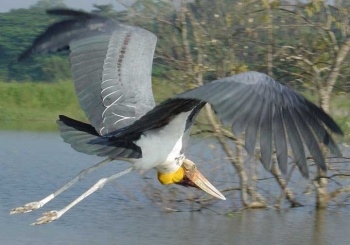 Diet consists primarily of fish, such as skippers; also frogs, large insects, young birds, lizards and rodents. They will also eat carrion, which is probably why they have a bare head and neck.

Search for photos of Lesser Adjutant in the BirdForum Gallery

Search for videos of Lesser Adjutant on BirdForum TV