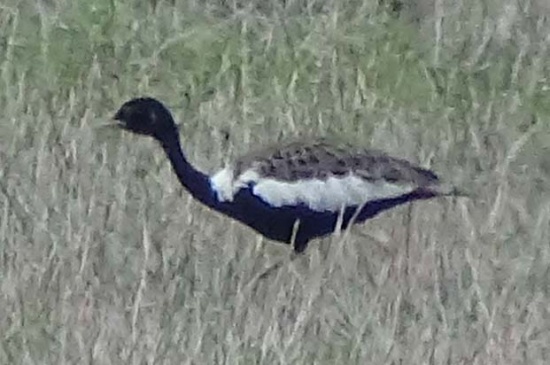 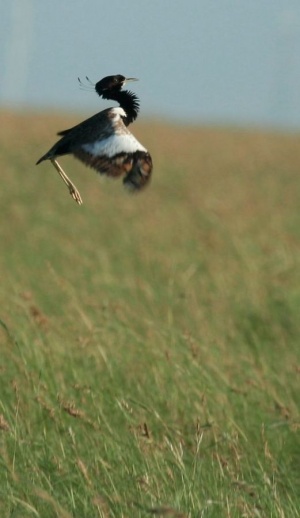 Some authorities (Sibley & Monroe, 1996) lump the genus Sypheotides within Eupodotis. However, Clements (2007) and Howard & Moore (2003) have split Sypheotides as a separate genus, and the Opus follows in this consensus.

Classified as Endangered in the 2007 IUCN Red List (BirdLife International, 2007). This is because the population is small and declining as a result of loss of and changes in its grassland habitat.

They are mainly vegetarian, eating seeds, grass, herbs, shoots and berries, though they also eat grasshoppers and beetles.

Timing of breeding depends on the monsoon. The male displays by jumping into the air above the grass level. The nest is on bare ground.

Search for photos of Lesser Florican in the gallery