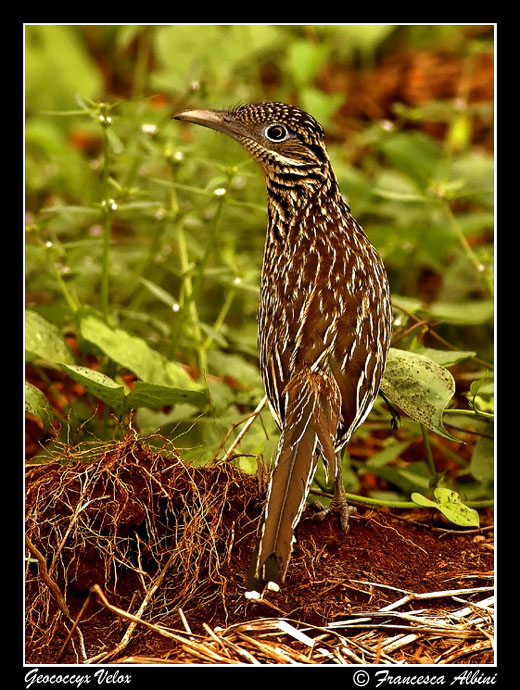 Sexes similar. Juveniles have buff feather tips above and dark spots (instead of streaks) on breast.

Found in western and southern Mexico and from Guatemala, El Salvador and Honduras to central Nicaragua.
Fairly common in its range.

Lives in arid lowland and montane scrub, in dry open country with scattered brush, thorn scrub, grassy and lightly wooded hillsides and farmland.
From sea-level up to 2800 m, sometimes up to 3000m.

Breeding season in April (Veracruz), May to July (Oaxaca), April to May in Guatemala and August in El Salvador. The nest is a bulky stick platform placed in a bushy tree, a thorn bush or in the centre of a cactus thicket. Lays 2 to 3, sometimes 4 eggs.

Search for photos of Lesser Roadrunner in the gallery