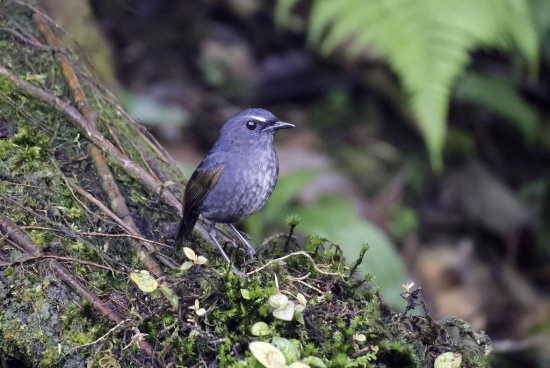 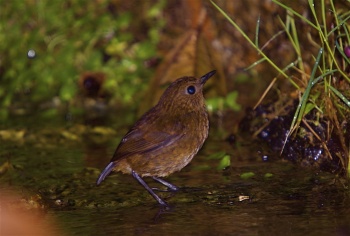 Sexes similar but females have weaker white eyebrows and a paler bill bass. Juveniles are similar to adults but spotted. 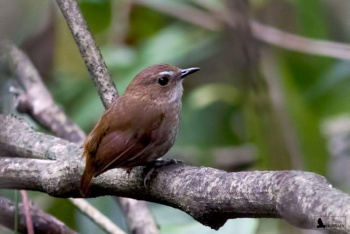 Montane forest with dense damp undergrowth, often near streams or in ravines.
Occurs mostly from 1500 to 2100 m. Often in dwarf bamboo in Vietnam. Winters in grassier, scrubbier habitat down to the lowlands (250 m).

Breeding season from April to July in the Himalayas, March to June in peninsular Malaysia and October to April in Java. The nest is a compact dome with a side entrance. It's made of bamboo, roots, moss and leaves and placed well camouflaged in the vegetation like an orchid clumb, dwarf bamboo or rattan, on or close to the ground.Lays 2 to 4 eggs. Sometimes parasitized by Large Hawk Cuckoo.

This is a resident species with some altitudinal movements in the Himalayas. Some local short-distance migration seems to be possible.

Search for photos of Lesser Shortwing in the gallery