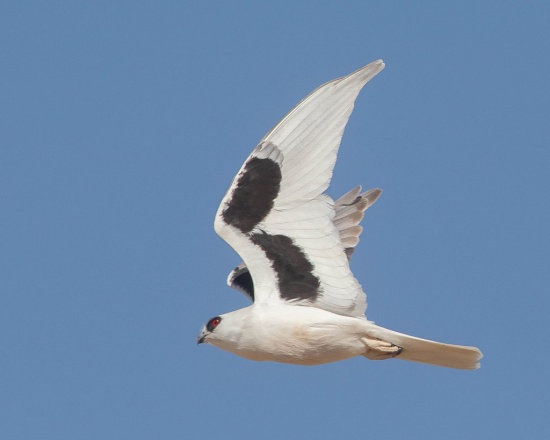 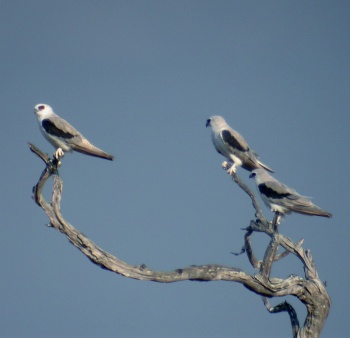 The female bird has a greyer crown

Black 'W' shape across the underside of its long, broad white wings gives the bird its name and is key to distinguish this bird from the similar Black-shouldered Kite.

Drier parts of Australia. Occurs in the interior of the continent particularly from the Barkly Tableland of Northern Territory to the Lake Eyre Basin of South Australia.

Their range is governed by population fluctuations in the Long-haired Rat (Rattus villosissimus) and when rat numbers are high the kites undergo irruptive movements extending range further west and south.

This is a monotypic species[1], and one of only four species in the Genus Elanus.

The nest is made of small sticks and is lined with leaves and often rat fur or regurgitated pellets. The female is mostly responsible for incubation and also broods and cares for the young. The male delivers food for the family.

They often nest in colonies.

Search for photos of Letter-winged Kite in the gallery

Search for videos of Letter-winged Kite on BirdForum TV