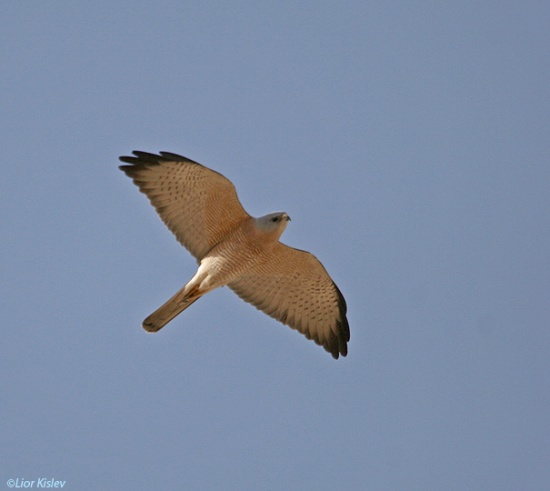 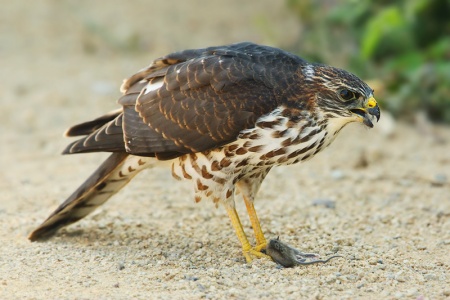 Juvenile, notice the dark blotchy streaks on breast and the dark gular stripe on throat
Photo by Momo in Keramoti, Greece, September 2008.

A summer visitor to the southern Ukraine and east across southern Russia to Kazakstan and in scattered parts of South-East Europe. There are small, isolated populations in southern Romania and Bulgaria, the former Yugoslavia, probably Albania and in particular, Greece, and has bred in small numbers in south-east Hungary. In addition, breeds in western and northern Turkey and the Caucasus.

Winters in East Africa and seen on passage across Turkey, the Middle East and Egypt. The Bosphorus is the preferred migration route with smaller numbers through the Caucasus and the passage period is mid August-early October, peaking in the second half of September. The return movement takes place in mid-late April. Passage is very concentrated and most of the population move through in a few days in dense flocks.

Vagrants recorded in Poland, Cyprus, Italy and Tunisia and a rare passage migrant to Kuwait.

It nests in trees, lined with green leaves. The clutch consists of 3-5 eggs.

The call is a sharp "kee-wick".

Search for photos of Levant Sparrowhawk in the gallery