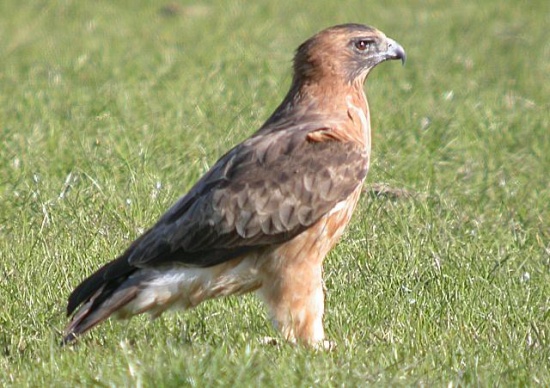 Short broad head, long tail, square-cut at the tip when closed. Heavily feathered legs. Plumage varies from light to dark brown, with a pale broken 'M' across the upperparts, which is visible from a distance. There is also a pale M-shaped band on the underwing. It has long broad wings, spanning over 1m. The female is larger than the male. 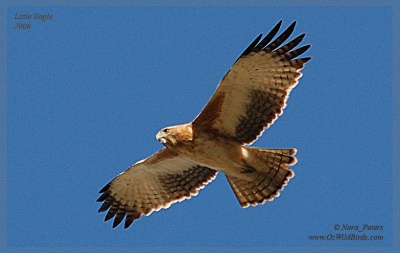 It was formerly considered conspecific with Pygmy Eagle.

Nests are built in mature living trees in open woodland or tree-lined watercourses. It is an open bowl of twigs and branches, lined with green leaves. The female mainly broods the young and feeds the young small pieces of food bill to bill. The male hunts for food for the young. The male will incubate while the female eats the food he has brought for her.

Search for photos of Little Eagle in the gallery