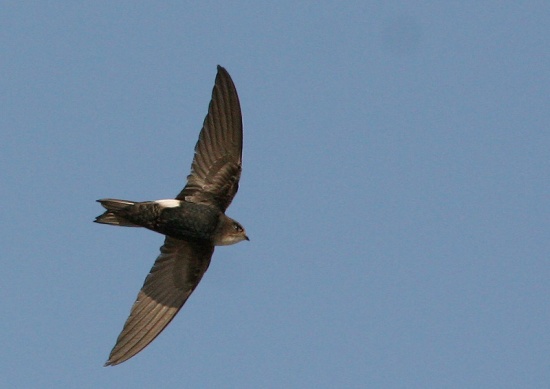 13-15 cm. Blackish with a white patch on the chin and a white rump. Forked tail. 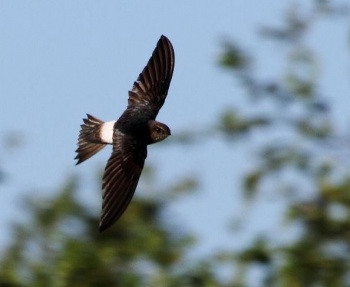 The form toulsoni of Zimbabwe and NW Angola is very controversial. Some authorities give full subspecies status, others believe it to be a dark morph of the nominate subspecies. 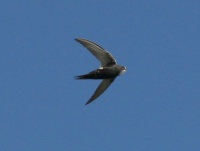 Forages aerially over over grassland, woodland and semi-desert.

It builds a flat nest of vegetation and hair, glued with saliva; it is situated at the end of a tunnel (generally excavated by another hole-nesting bird). One to four eggs are incubated for 28 days to hatching, and the fledging period is about 6 weeks.

Search for photos of Horus Swift in the gallery