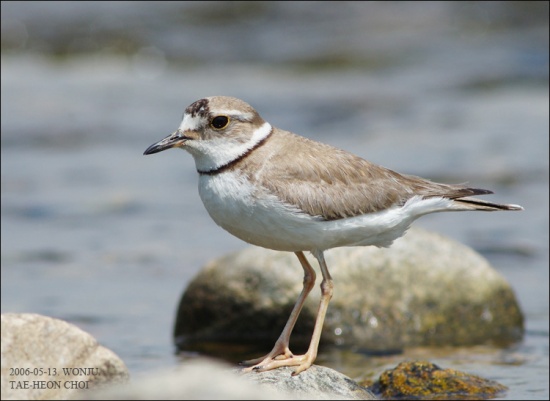 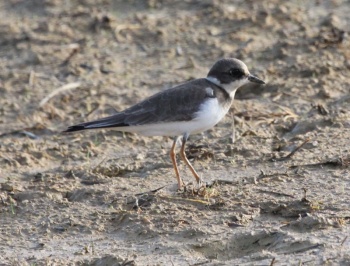 18–21 cm. (7-8¼ in.)
This rather elegant species is similar to Common Ringed Plover, Semipalmated Plover and Little Ringed Plover but generally larger, with longer dark bill, it is generally less compact. It has a longer tail and medium length straw-colored legs. Sexes are alike, but breeding male has a broader black forecrown bar. Juvenile similar to adult but has buff fringes to the upperparts, tertials and wing coverts and has a more diffuse head pattern lacking the black forecrown bar of adults.

Breeds in eastern Asia; winters to India and Indochina. 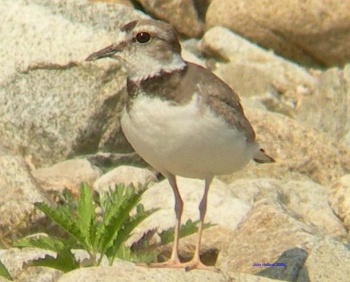 Breeds in gravel, shingle or stony areas at edges of rivers and lakes up to about 1,000 feet. Also occurs in dry rice fields.

Little known. Clutch reportedly consists of four eggs in a scrape on sandy ground among pebbles and rocks, sometimes on elevated riverbank.

Poorly known. Diet believed to include flies and beetles.

Search for photos of Long-billed Plover in the gallery