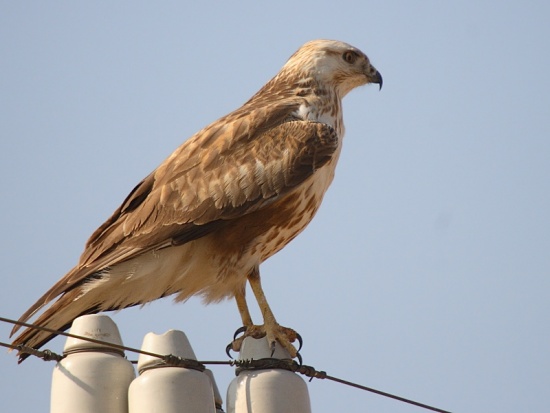 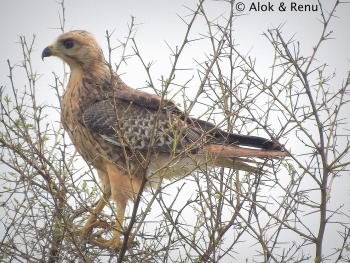 Some birds, particularly immatures, are virtually indistinguishable from Common Buzzards of the eastern subspecies B. b. vulpinus ("Steppe Buzzard"); Long-legged is best distinguished by structure, being larger (nominate subspecies only) and longer-winged, with a more eagle-like profile in flight. Long-winged structure also reminiscent of Rough-legged Buzzard. In the Central Asian part of its range, Upland Buzzard also needs to be considered.

Breeds in Europe, Middle East, northern Africa, and Asia to India and Mongolia; winters to Africa south of Sahara. In Europe found in Turkey, Greece, Romania, Bulgaria, Hungary and increasingly in the south of Spain, where it is now breeding in small numbers. 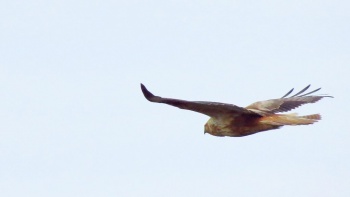 Search for photos of Long-legged Buzzard in the gallery

Search for videos of Long-legged Buzzard on BirdForum TV