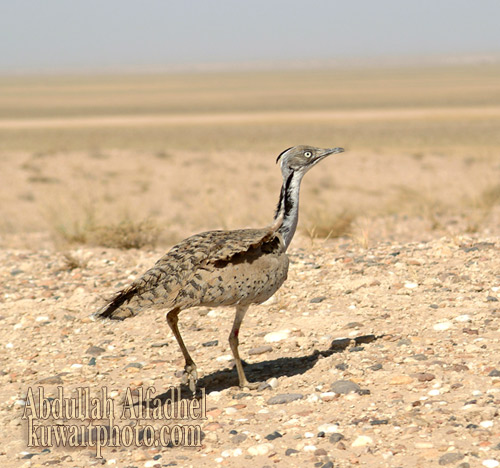 Sexes are similar, but the female is smaller and greyer above.

Nile Valley of Egypt to Arabian Peninsula and Pakistan.

MacQueen's Bustard has a greater tendency to wander than it's fellow Chlamydotis species, the sedentary Houbara Bustard. Records stretch as far as Great Britain, mainly in the 19th century, though only recorded as Chlamydotis bustards (pre-split, see Taxonomy). 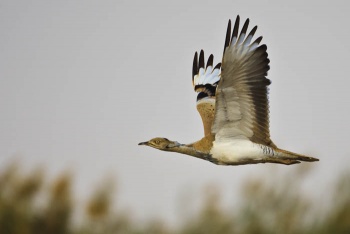 It has been hunted to near-extinction in the Middle East by Arab falconers. Conservation efforts by the late Shaikh Zayed bin Sultan Al Nahyan in the United Arab Emirates have given some hope for the future of this bustard.

Search for photos of Macqueen's Bustard in the gallery