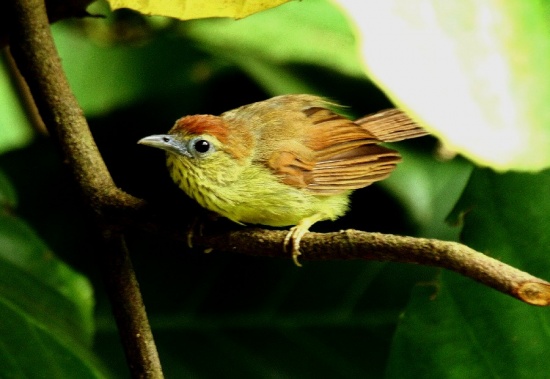 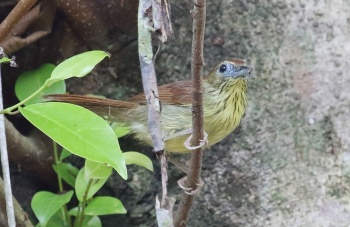 Found from Nepal, Bhutan and northeast and east India and Bangladesh to Burma, south China, Thailand, Indochina, peninsular Malaysia (including Singapore where very common), Sumatra and southwest Philippines.
Common and widespread in most of its range. 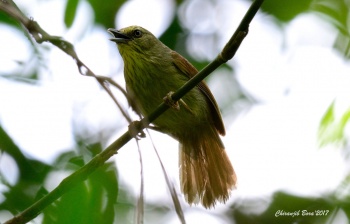 Bushes and undergrowth in open broadleaf evergreen, decidious and semi-evergreen forest, forest edge, logged areas and bamboo. Also in plantations and gardens. Up to 1000m in the Indian Subcontinent, up to 1525m in southeast Asia, 1200m in Sumatra.

Feeds on insects, takes also some fruit.
Singly or in pairs during breeding season, in groupfs of up to 12 or more birds outside breeding season. Often together with other species. Forages near the ground but climbs vine-laden trees up to 9m high.

Breeding season differs in range, generally from February to July. They build a loose ball shaped nest made from grasses and leaves. It's placed 0.3 - 3m above the ground in a bush, stemless palm, bamboo clump, pineapple plant or a hedge. Lays 2 - 5 eggs.

Search for photos of Pin-striped Tit-Babbler in the gallery

Search for photos of Pin-striped Tit-Babbler in the gallery