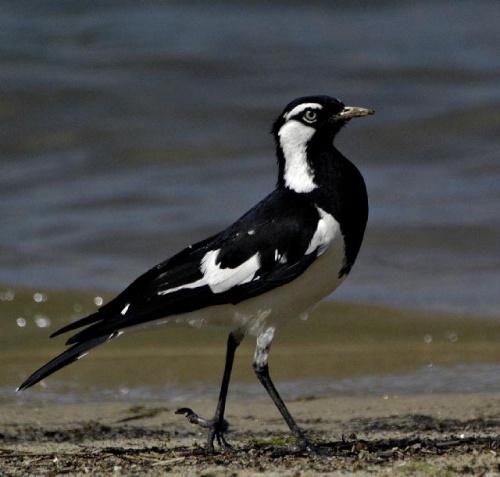 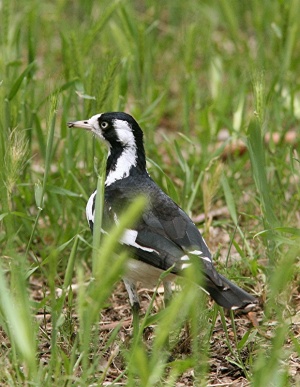 Juveniles have a mixed appearance between males and females with a black crown, a white stripe above the eye, a white throat and a white area from the eye to the shoulder.

Found in Australia (except Tasmania and dry interior of Western Australia), extreme southern New Guinea, and Timor. Introduced on Lord Howe Island.
Common to abundant in its range. Introductions in New Zealand, Hawaii and in Fiji failed. 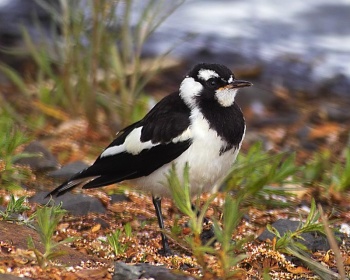 Widespread but is absent from deep forest; common in urban areas. Needs mud and water for nest building.
Occurs from the lowlands up to 1000m, occasionally higher.

Feeds mainly on invertebrates (like spiders, worms, insects and crustaceans), takes also small frogs and sometimes some seeds. Mainly foraging on the ground, walking or wading in muddy margins.

Breeding season related to rainfall and availability of mud for nest construction. A monogamous species, pairs stay together several years. The nest is an open cup made of plant material plastered with mud and lined with grass, feathers and fur. It's placed on a flat branch, usually near water. Lays 1 - 6 eggs. Pallid Cuckoo, Australian Koel and Channel-billed Cuckoo are reported to parasitize this species.

Mainly a resident species, partly migratory in some parts of its range.

Search for photos of Magpie-lark in the gallery

Search for photos of Magpie-lark in the gallery