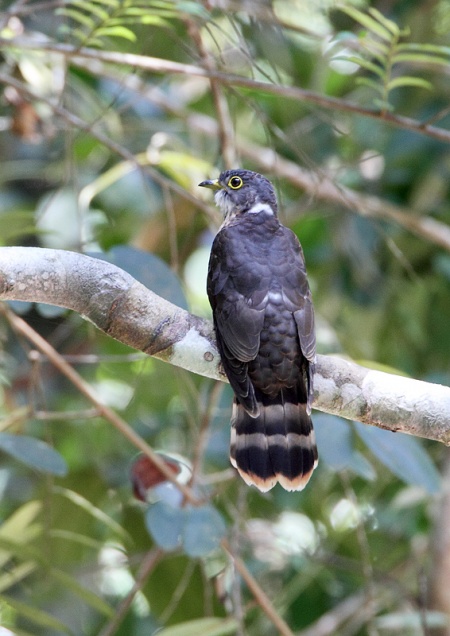 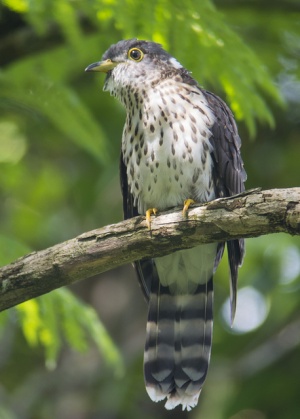 From southern Thailand to peninsular Malaysia, Sumatra, Java and Borneo.
Uncommon in most of its range.

This is a monotypic species.
It was formerly considered conspecific with Philippine Hawk-Cuckoo, Hodgson's Hawk-Cuckoo and Northern Hawk-Cuckoo.
Some authorities view Malaysian Hawk-Cuckoo as belonging to genus Cuculus.

Found in deciduous semi-evergreen and evergreen forest. Also in secondary forest, bamboo thickets and plantations. Up to 1400m in Sumatra.

A brood parasitic. Known host species in Borneo is Black-throated Babbler. In Peninsula Malaysia, the host species is White-rumped Shama.

Search for photos of Malaysian Hawk-Cuckoo in the gallery