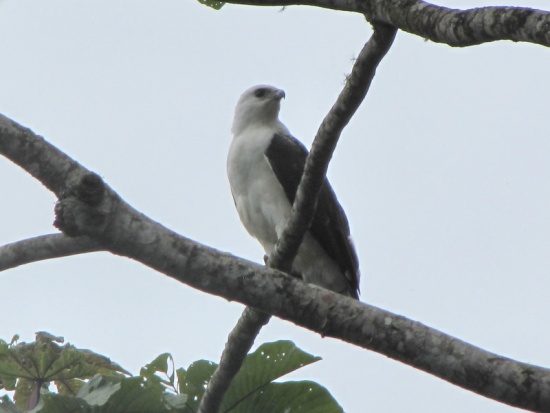 Juveniles are generally like adults but with dark streaks to crown and nape, yellowish on lore and cere.

In flight with broad and long wings rounded at ends and short tail. Tail is especially notable for lacking black subterminal band (often looking all white); one or more black subterminal bands are found on most confusing species. The wings have white coverts, flight feathers dusky except that secondaries and inner primaries have broad white tips. 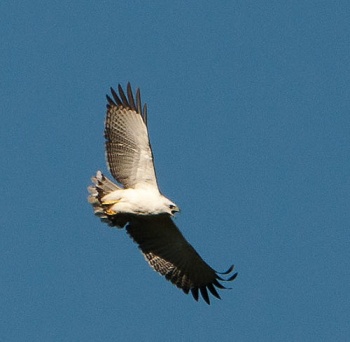 This is a monotypic species1.
Formerly placed in genus Leucopternis.

Their diet consists of reptiles such as snakes, lizards and geckos. They will also take some birds and small mammals like rock cavies.

Search for photos of Mantled Hawk in the gallery