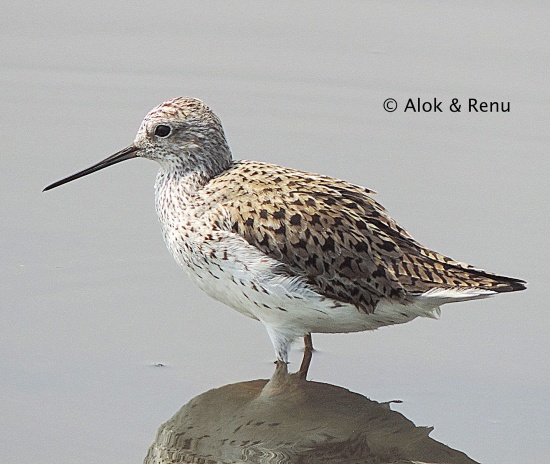 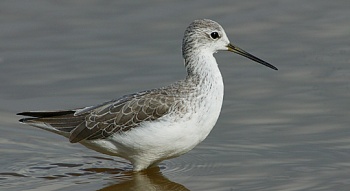 Common Greenshank is the main confusion species, differing in its larger size, and stouter, slightly upcurved bill with a pale base. When dealing with vagrants, Lesser Yellowlegs also needs to be considered because of its similar structure, though differing in bright chrome-yellow legs and a smaller, square white rump, not a long wedge. At long range, winter plumage Marsh Sandpipers can look surprisingly similar to (particularly juvenile) Black-winged Stilts. 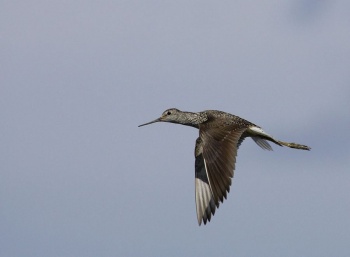 Breeds in easternmost Europe to central Asia (locally in Poland and Belarus, widespread from eastern Ukraine east across Russia and northern Kazakhstan, and locally in Mongolia and northern China), migrating to winter in sub-saharan Africa (west to Senegal and south to South Africa), southern Asia and Australia. Vagrants occur west to Ireland in western Europe and east to Japan in Asia, and with a very few records in North America.

These birds forage by probing in shallow water or on wet mud.

Search for photos of Marsh Sandpiper in the BirdForum Gallery

Search for videos of Marsh Sandpiper on BirdForum TV