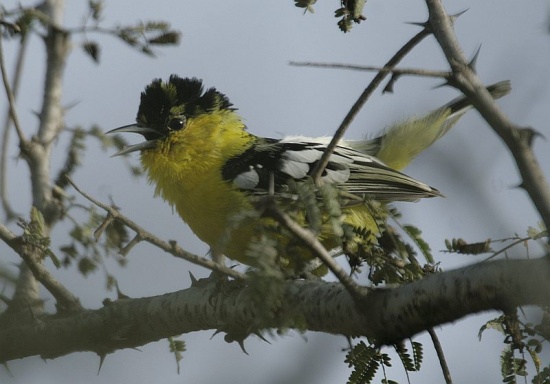 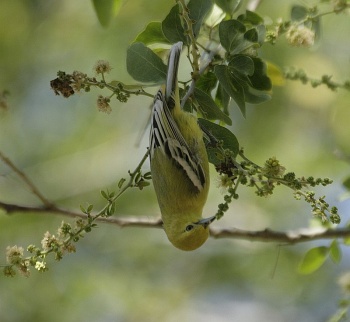 Smaller than Common Iora which has an no pale tips on tail and a pale eye.

Found in the plains of northern India south to Gujarat. Locally also in Tamil Nadu, one record from Sri Lanka. Possibly overlooked.
Locally common in northwest India, scarce in other parts of its range. Pakistan and India

This is a monotypic species.
It is sometimes considered conspecific with Common Iora.

Feeds on insects and their larvae. Forages in pairs or alone, joins mixed-species flocks after breeding season.
Breeding season in June and July in Gujarat. The nest is a small, neat cup, placed low in a bush. Lays 2-3 eggs.
A resident species.

Search for photos of Marshall's Iora in the BirdForum Gallery