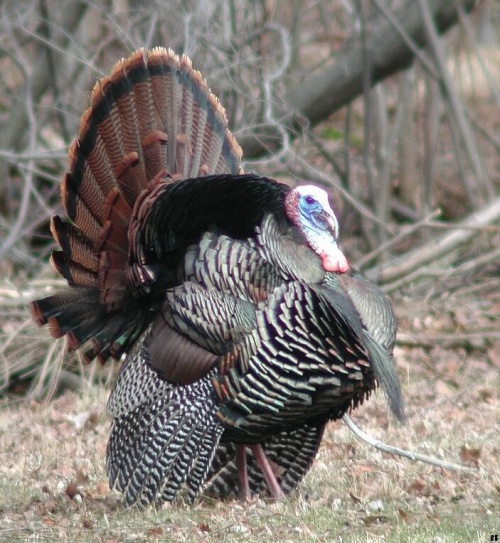 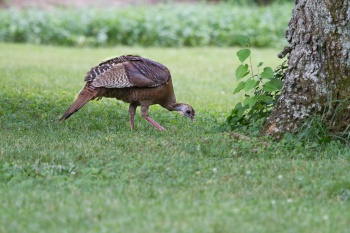 Rare color morphs or forms do occur, such as Smoke-phase Turkey.

Southernmost Canada, United States to central Mexico. As an introduced species it occurs in Hawaii, New Zealand, Germany, and the Czech Republic.

Due to hunting and other pressures, wild turkeys were in serious decline at the beginning of the 20th Century, but with conservation measures and management, have rebounded to a healthy population. They are still hunted throughout the U.S. 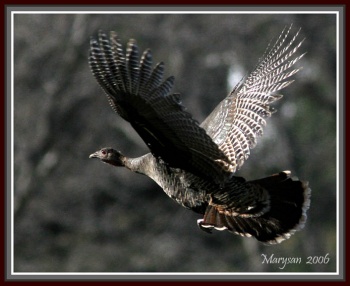 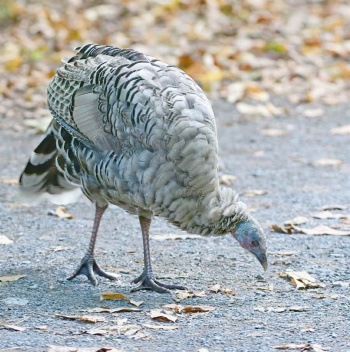 Grass and sedges, berries, seeds, insects and mast, depending on seasonal availability.

The nest is a shallow scrape covered with woody vegetation. The eggs are usually laid at a rate of 1 per day, the clutch consisting of 10-14 eggs. Incubation lasts for at least 28 days. Males are polygamous, mating with as many females as they can.

They make a variety of sounds, including the distinctive, loud gobble-gobble-gobble, which carries for considerable distance.

Search for photos of Wild Turkey in the BirdForum Gallery

Search for videos of Wild Turkey on BirdForum TV