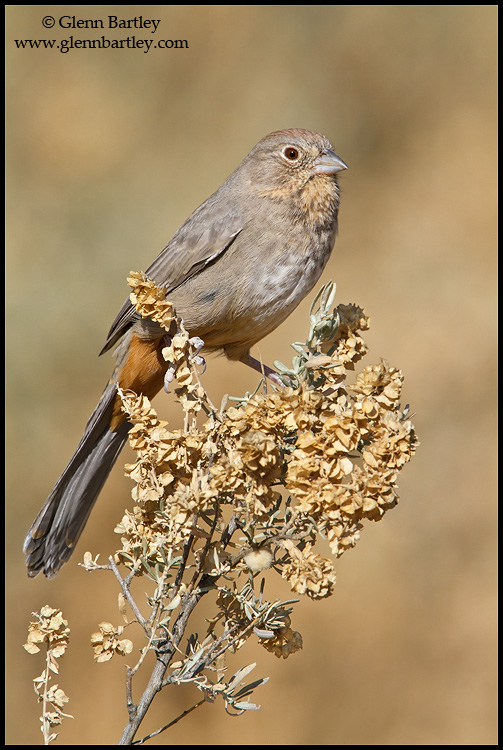 Paler, grayer, and shows more contrast than the California Towhee.

Formerly considered conspecific with the California Towhee under the name Brown Towhee.

mesoleucum has a much darker brown cap than texanus There are 10 subspecies[1]:

This species was formerly placed in the genus Pipilo

Search for photos of Canyon Towhee in the gallery