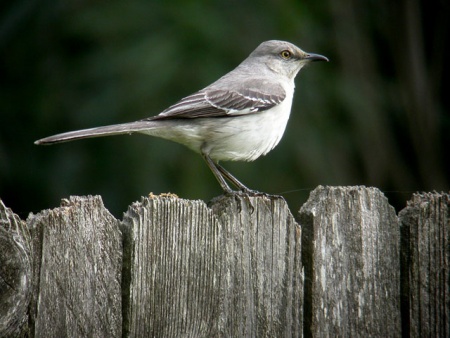 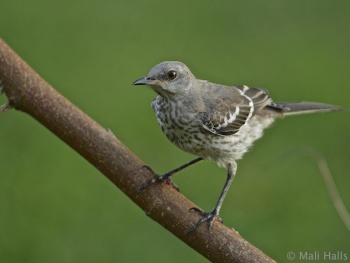 Adult has a yellow eye while the juvenile eye is brown

May be confused with a Shrike (Northern or Loggerhead), but note different body shape, bill shape, and mask. Bahama Mockingbird is occasionally seen in Florida, and in Mexico there are other species of Mockingbirds. 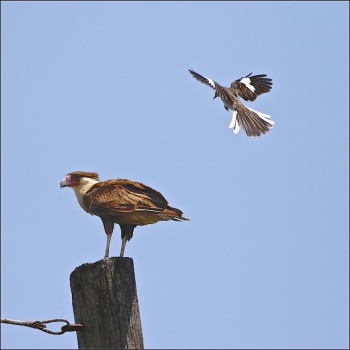 Breeds commonly throughout most of the USA but absent from the north-west and north-central states, also breeds sparsely in south-east Canada.

Interior populations are migratory wintering in the southern USA, on the east coast resident from Maine southwards.

In the Western Palearctic recorded in Britain, in Cornwall, August 1982 and Essex, May 1988, and at Schiermonnikoog in the Netherlands in October 1988 and another in the Netherlands in March 2001. These birds may have had a captive origin and others seen in Europe are generally considered to relate to escapes including one or two further British reports. 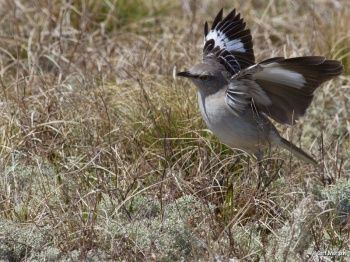 This is a polytypic species consisting of three subspecies[1]:

Woodland edges, copses and hedgerows, very common in suburban gardens and also found in many city parks.
In winter, maintains a small territory around patches of fruiting shrubs/trees that it defends from other birds.

As an intelligent and resourceful bird that is at home in a variety of habitats and can coexist with human settlement, this species is not likely to be endangered in any forseeable future.

They have a habit of wing-flashing, which hasn't been entirely explained.[2] 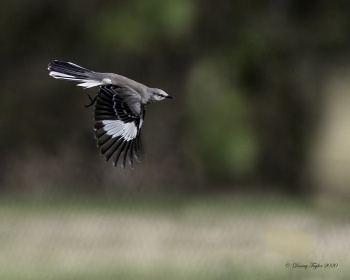 These birds forage on the ground or in vegetation and fly down from a perch to capture food. Diet includes insects, berries and seeds.

They build a twig nest in a dense shrub or tree.


They aggressively defend the nest and territories from all encroachment, and will attack much larger animals and even humans who come too near.

The species name is a result of its many and varied vocalizations, and its ability to mimic other bird calls and sounds of many types. Particularly at dawn it produces a veritable concert of songs, often not repeating the same pattern for a considerable period.

This habit of singing longest and loudest at dawn leads some people to resent the Mockingbird, and even attempt to eliminate it from their environments.

Search for photos of Northern Mockingbird in the gallery