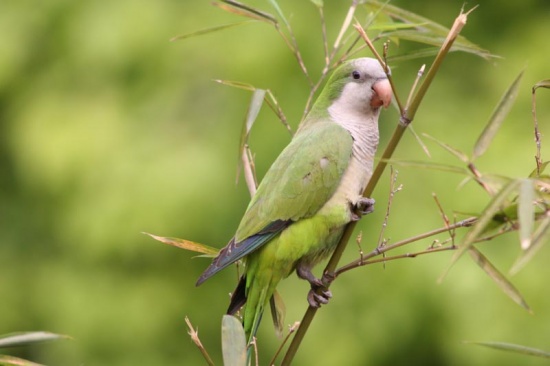 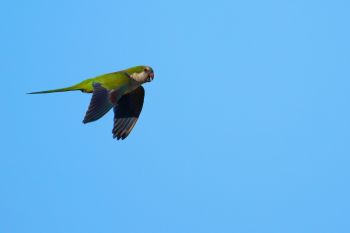 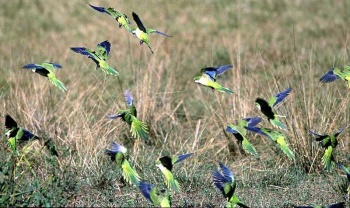 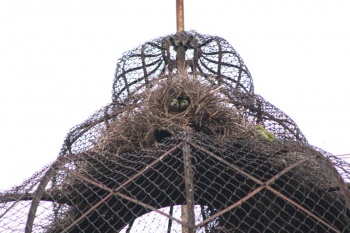 It is the only member of the genus Myiopsitta. There are four subspecies[1]:

Bushes and trees in city parks.

It builds a stick nest, in a tree or on a man-made structure. It often breeds colonially, building a single large nest, each pair having its own entrance. The clutch consists of 5-12 eggs which is incubated for about 24 days. M. m. luchsi differs in building nest colonies around bromeliads situated on steep cliff sides, even when more typical nest sites are available locally.

Search for photos of Monk Parakeet in the gallery

Search for photos of Monk Parakeet in the gallery