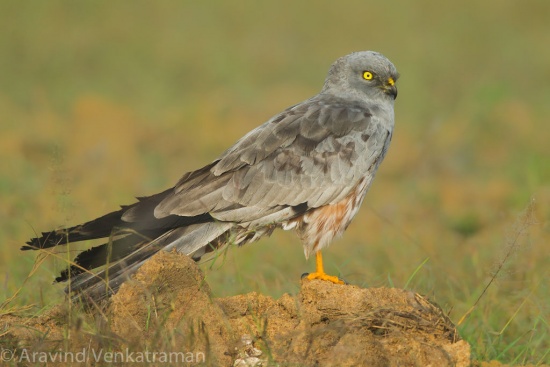 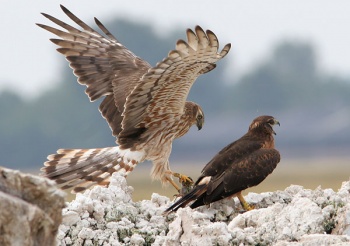 Breeding in Eurasia, wintering to India, Middle East and Africa.


A very patchy range across Europe, widespread in Spain but found in scattered pockets from France east to the Baltic States and Poland, and south to Romania. More continuous in Belarus and Ukraine and east across Russia. Isolated outposts in southern Britain, central Sweden and southern Finland, Turkey and North-West Africa.

Extremely rare breeder in Britain with very small numbers present in summer and few successful nests. To the east range extends to northern Iran, Turkestan and Kazakstan, possibly into China in western Sinkiang. 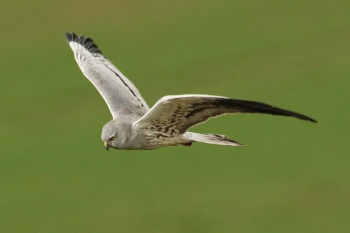 Occurs as a passage migrant across Europe, the Middle East and North Africa concentrating in particular at Gibraltar. Rarely recorded in the region in winter, most migrate to sub-Saharan Africa occurring from Senegal east to Ethiopia and south through the eastern half of the continent to South Africa. The commonest wintering harrier in much of Africa. Most have left Europe by mid-October and return in April.

Vagrants have been recorded in Iceland.

Usually fly with wings held in a high V; if gliding there is often a bend at the wing near the body, so that the inner part is more vertical. Mostly fly low when hunting, can be seen high above when migrating.

Search for photos of Montagu's Harrier in the gallery

Search for videos of Montagu's Harrier on BirdForum TV