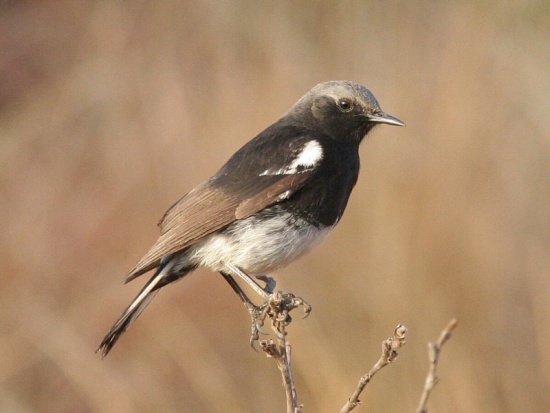 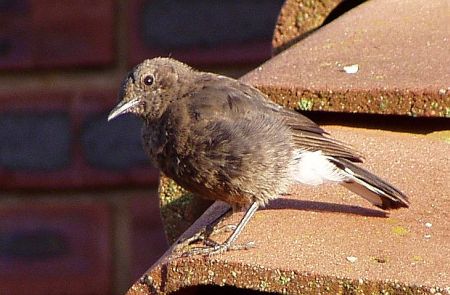 Adult male: There are several colour morphs; body plumage may be pale grey or black, and the crown may be white, grey or black. The wings are very dark brown or black with a white shoulder patch which varies in size (sometimes all black). The tail pattern is distinctive, with a white rump and outer tail feathers. The legs and pointed bill are black. 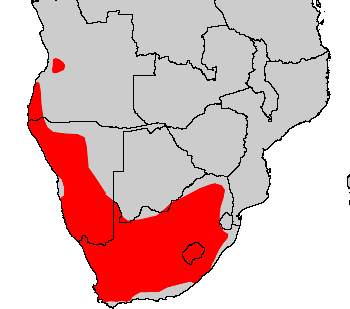 Formerly classed as a member of the Thrush family (Turdidae), but is now more generally considered to be an Old-World Flycatcher (Family Muscicapidae).
Placed in genus Myrmelocichla by Gill and Donsker.

There are four subspecies.

Food: Mainly insects, but also other invertebrates, seeds and berries.

Breeding: Nests on the ground amongst rocks; 2-4 white eggs are laid June to March.

Search for photos of Mountain Wheatear in the BirdForum Gallery 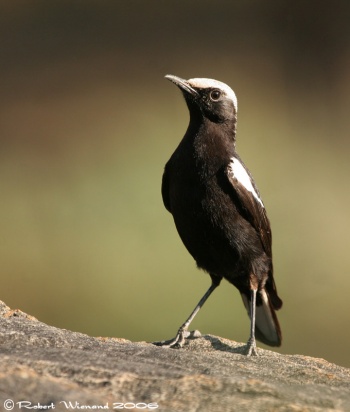 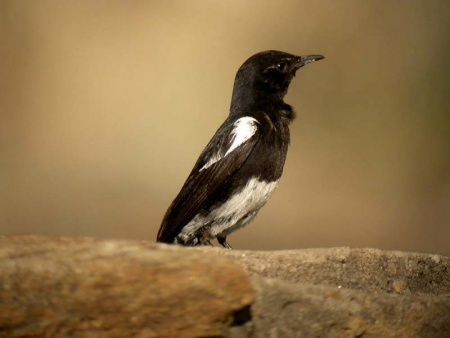