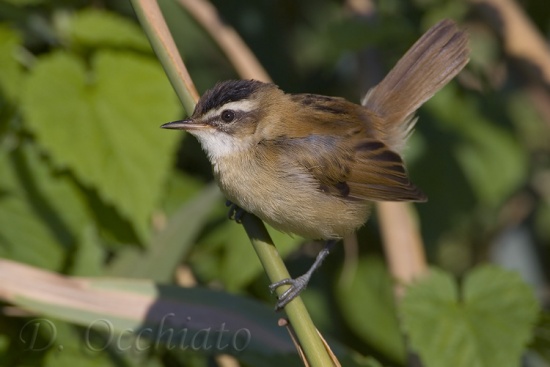 12-13.5 cm
Streaked brown back and white underparts. Black crown. The forehead is flattened, there is a prominent whitish supercilium, grey ear coverts, and the bill is strong and pointed. Short rounded tail is often cocked

Southern Europe and southern temperate Asia with a few in north-west Africa.

Upright aquatic vegetation such as reeds and sedge.

Breeding starts from mid-April. A clutch of three to six eggs are laid and incubated for 14-15 days. Builds an untidy nest in low dense vegetation

Search for photos of Moustached Warbler in the BirdForum Gallery

Search for videos of Moustached Warbler on BirdForum TV