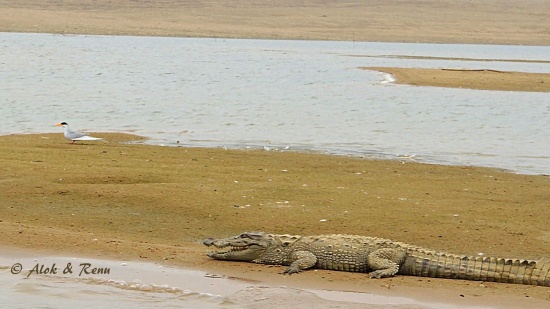 Originating in the Vindhayan ranges of Central India, the river Chambal passes through the Kota, Sawaimadhopur and Dholpur districts of Rajasthan, Morena and Bhind districts of Madhya Pradesh, and Agra and Etawah districts of Uttar Pradesh, before merging with the river Yamuna.

The Chambal is a perennial river known for its pristine unpolluted waters and is home to a rich diversity of flora and fauna.

The Sanctuary boasts of an impressive bird list of over 262 species of resident and migratory birds and is gaining a reputation as one of the most reliable places to see the Indian Skimmer. 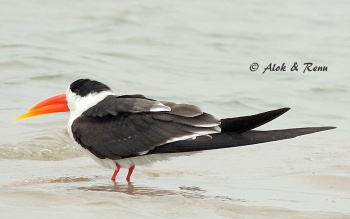 In 1979 a 400 km stretch of the river Chambal and an approximately 2 km wide swathe of the river ravines on either side, an area of 635 sq. km, was designated the National Chambal Sanctuary (NCS). The NCS, an IUCN Category IV (Managed Nature Reserve) lying in the Indus-Ganges Monsoon Forest belt, begins downstream of the Kota barrage in Rajasthan. The sanctuary's lower limit is after Pachnanda near Bhareh where the river flows into the Yamuna. 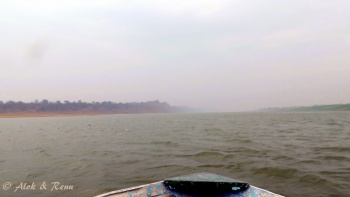 The road becomes a dirt track about 500 m before the river. The Chambal Safari boats are stationed at the Ghat for birdwatching cruises on the river.

Most birders access the sanctuary near Agra in Uttar Pradesh, where the Chambal Safari operates boat cruises and walks along the river and ravines. The NCS is a mere 86 km southeast of Agra (home of the Taj Mahal) and125 from Bharatpur (home of the Keoladeo Ghana Bird Sanctuary).

ACCOMODATION The Chambal Safari Lodge is situated 16 km short of the National Chambal Sanctuary, in order to disperse the impacts of eco-tourism in the area. The lodge lies in a 35 acre plantation of large trees, some of which are over a century old. Several indigenous varieties of trees and shrubs have been planted to supplement the existing plantation, creating a veritable jungle. The trees and a series of large water bodies around them are home to numerous birds and small mammals, several of which are not seen in the sanctuary.

Accommodation at the Chambal Safari Lodge consists of eight independent en-suite cottages scattered around the woodland area and a further two ensuite rooms in the main building. Birders usually spend about 2 days at the camp, but additional time will pay benefits in terms of the birds seen. There is plenty of good birding in and around the lodge area, as well as the lodge being ideally located for day excursions to numerous other smaller birding sites.