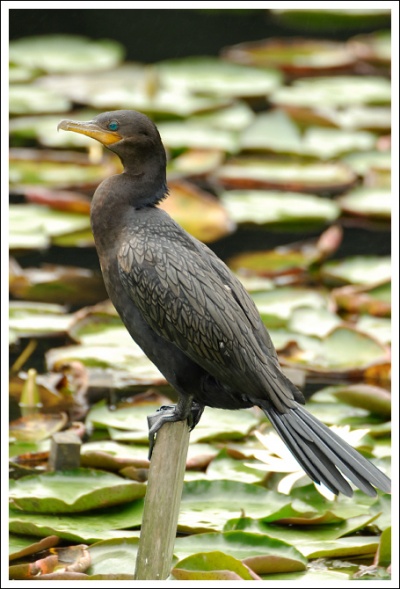 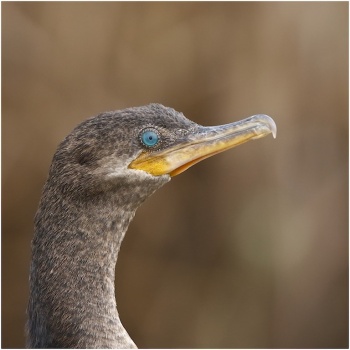 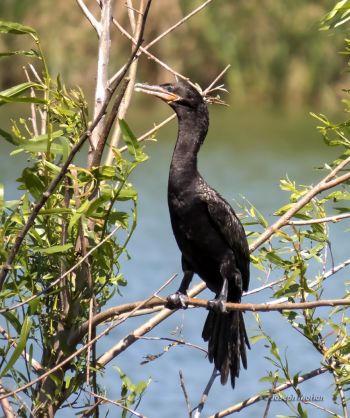 North America: Mexico, Arizona, southern Texas, and locally in New Mexico. Accidental vagrant to California, Colorado, Oklahoma, Kansas, Nebraska, South Dakota, Illinois, Alabama and most remarkably Ontario1. The regular occurrence in Arizona is the result of a recent range expansion.
In the Caribbean found in Bahamas, Turks and Caicos, and Cuba.
Central America and South America: found throughout, including Tiera del Fuego at the southern tip of South America. The name, which hints that this is a tropical species therefore is wrong. 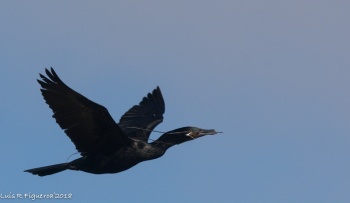 Some field guides2 still use Phalacrocorax olivaceus for this species.

Sea shores, lakes, and marshes. It can be found in salt water, brackish water, as well as fresh water habitats.

Dives from the surface, swimming well under water to chase prey. Often perches on logs, pilings, tree limbs, or even wires, sometimes spreading its wings in the sun to dry. Usually flies low over the surface of open water with strong, rapid wing beats.

Their nest is a platform of sticks with a depression in the centre circled with twigs and grass. The clutch contains up to 5 chalky bluish-white eggs which are incubated by both adults for about 25–30 days.

Search for photos of Neotropic Cormorant in the gallery