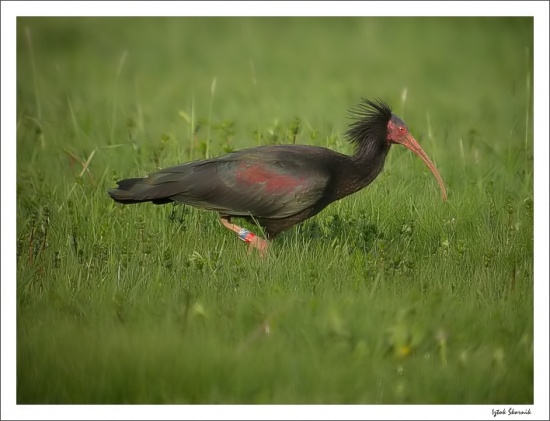 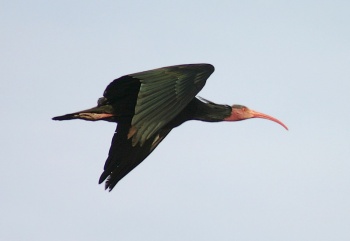 A globally rare species breeding only in Morocco and until recently at a single site in south-east Turkey, still decreasing despite the efforts of conservationists to reverse this decline. The sole remaining Turkish site is close to the border with Syria, although the wild population became extinct here in 1989 and the birds present are free-flying and part of a captive breeding programme. Under strict protection this population produced 19 fledged young in 2001 and 17 in 2002.

These birds are resident but the original wild birds were summer visitors only, wintering in North Yemen and Ethiopia. Birds are still occasionally recorded in Saudi Arabia, Yemen and Israel which has led to the suggestion that there may be another breeding site somewhere in the Middle East and this was confirmed in 2002. In April of that year a small breeding colony of three pairs was discovered in the mountains of central Syria and three pairs bred again in 2003.. The Moroccan population is healthier, numbering about 200 birds, but still declining at present and currently under threat from plans for tourist development. These birds are dispersive and may occur throughout Morocco and Mauritania. Present at breeding colonies at Souss-Massa National Park from February-March to August-September.

Formerly more widespread in the Middle East and North Africa with colonies in Syria and Algeria and in past centuries also bred in Central Europe.

As a vagrant it has been recorded in earlier times from the Azores and Cape Verde Islands, Spain, Israel, Egypt and Iraq. There are plans to reintroduce the Bald Ibis to the Alps.

Breeds on rock ledges and caves on cliff-faces and rocky escarpments in arid country or on sea-coasts. Feeds in dry wadis and semi-desert, sometimes along seashores. When not breeding also found in mountain meadows and cultivated land.

Wingbeats shallow but flexible and strong.

Normally silent but when with colony has a gutteral 'hrump' and hoarse, high-pitched 'hyoh'.

Search for photos of Northern Bald Ibis in the gallery

Search for videos of Northern Bald Ibis on BirdForum TV