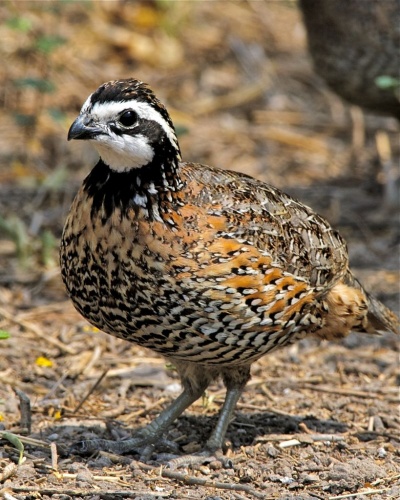 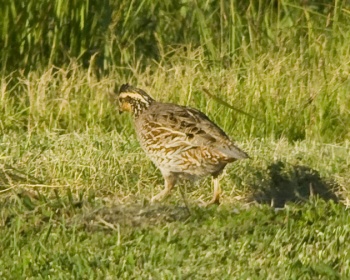 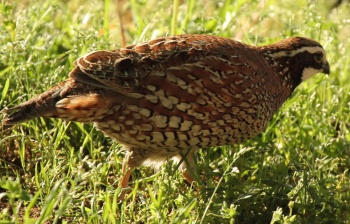 The North American range extends from southern Maine and Ontario south to Florida and west to the eastern fringes of Wyoming, Colorado and New Mexico. In extreme south-central Arizona into Mexico, there is an endangered subspecies, the Masked Bobwhite (C. v. ridgwayi), which once ranged from south-central Arizona to Sonora, Mexico.

In Mexico, found in the northeastern state of Tamaulipas southward to the Isthmus of Tehuantepec. In central Mexico it reaches further west, reaching the Pacific Ocean in southern Mexico. The species just reaches Guatemala.

On the Yucatan Peninsula it is replaced by Black-throated Bobwhite (Colinus nigrogularis).

There are numerous subspecies, not all recognised by all authorities[1],[2]:
virginianus Group

Forest openings, open woods, fallow fields, and along the edges of cultivated fields.

Their diet mostly consists of sunflower, foxtail, thistle and grass seeds; in addition to acorns, fruit, spiders, and insects.

Search for photos of Northern Bobwhite in the gallery