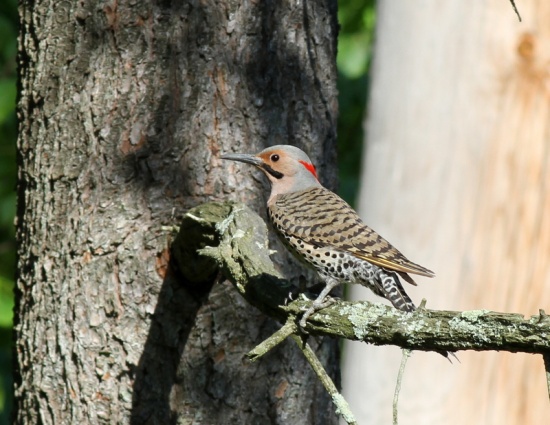 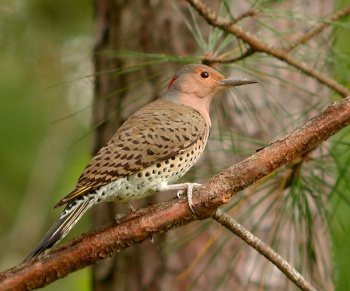 There are two forms which were formerly considered separate species:

These two forms interbreed where their ranges overlap. 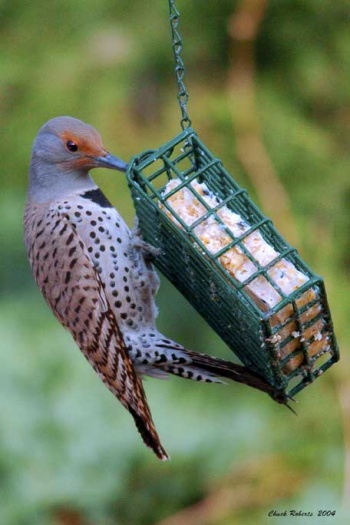 It is native to most of North America and parts of Central America. Northern birds migrate to the southern parts of the range; southern birds are often permanent residents.

The yellow-shafted and red-shafted forms have been considered separate species. 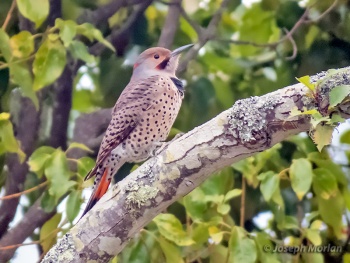 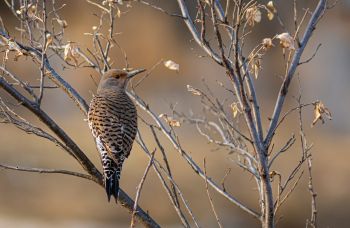 Like many woodpeckers, its flight is undulating. The repeated cycle of a quick succession of flaps followed by a pause creates an effect comparable to a rollercoaster.

Flickers feed by probing with their bill, also sometimes catching insects in flight. Although they eat fruits, berries, seeds and nuts, their primary food is insects. Ants alone can make up 45% of their diet. They have a behavior called anting, during which they use the acid from the ants to assist in preening, as it is useful in keeping them free of parasites. 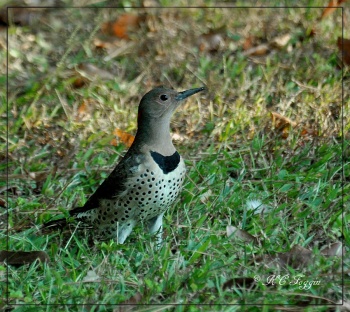 It takes about 1 to 2 weeks to build the nest which is built by both sexes of the mating pairs. Damaged nests or previously abandoned cavities may be repaired. The entrance hole is roughly 5 cm to 10 cm wide. Flickers will sometimes be willing to use a birdhouse if it is adequately sized and properly situated. They nest in a cavity in a tree or post; this bird excavates its own home. Abandoned flicker nests create habitat for other cavity nesters. They are sometimes driven from nesting sites by European Starlings.

Typically 6 to 8 eggs are laid, having a shell that is pure white with a smooth surface and high gloss. The eggs are the second largest of the North American woodpecker species, exceeded only by the Pileated Woodpecker's. Incubation is by both sexes for approximately 11 to 12 days. The young are fed by regurgitation and leave the nest about 25 to 28 days after hatching.

This bird's call is a sustained laugh, ki ki ki ki ..., more congenial than that of the Pileated Woodpecker. You could also hear a constant knocking as they often drum on trees or even metal objects to declare territory.

Search for photos of Northern Flicker in the gallery

Search for videos of Northern Flicker on BirdForum TV