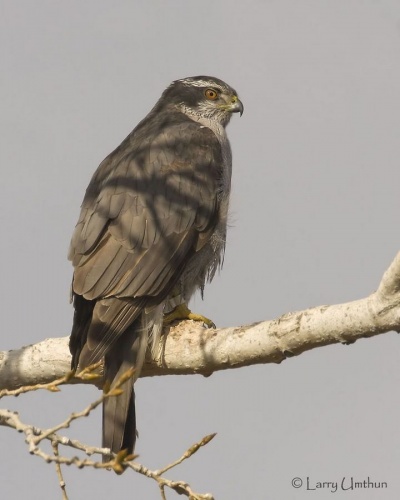 Immature Brown above and streaked below 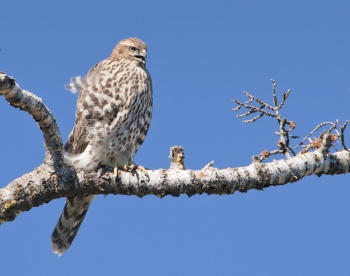 In America, breeds from Alaska east through Mackenzie and northern Quebec to Newfoundland, and south to New Mexico, Great Lakes, and New England; also southward to northern Appalachians. Winters south to Virginia and Southwest.

A widespread species in the Western Palearctic breeding from Iberia east to the Black Sea and Caucasus and north to northern Scandinavia and Arctic Russia. 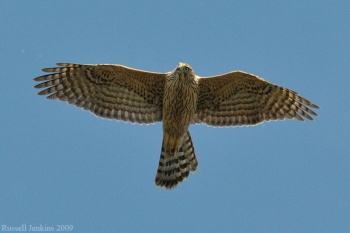 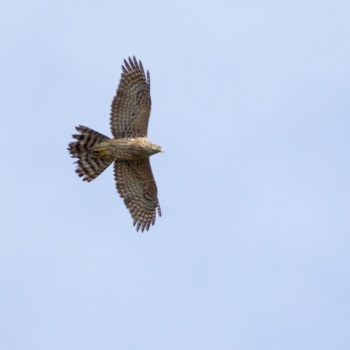 They often sit upright, with a hip-heavy outline. They fly at tree-top level with slow wing-beats interspersed with short straight glides.

Their diet consists mostly of small and medium sized birds and mammals, even capercaillie and hares.

Search for photos of Northern Goshawk in the gallery

Search for videos of Northern Goshawk on BirdForum TV