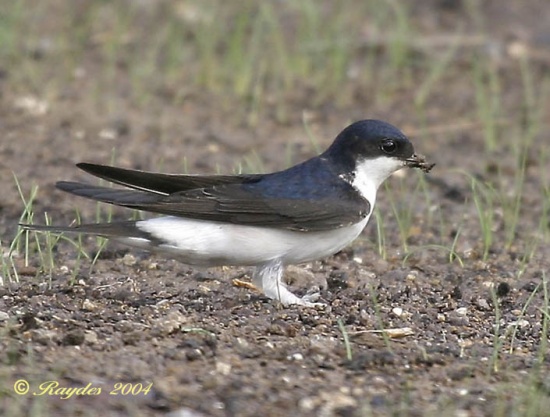 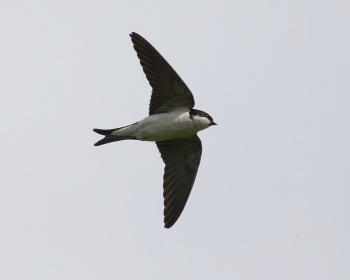 House martin are very white below and dark from above, with much shorter, dark tail, and a prominent white rump 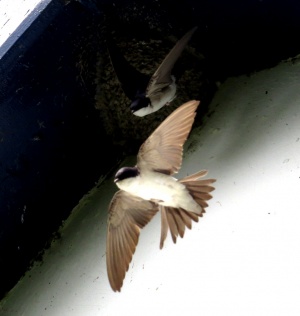 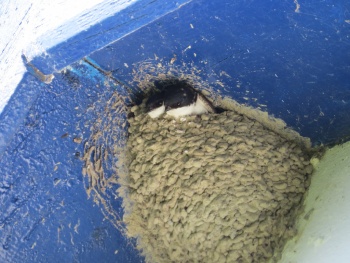 House Martin nest with juveniles about to fledge
Photo by BrianWH
Wales, July 2014

Gregarious, breeding colonially on buildings, under eaves and sometimes in cliffs. Nest of mud.