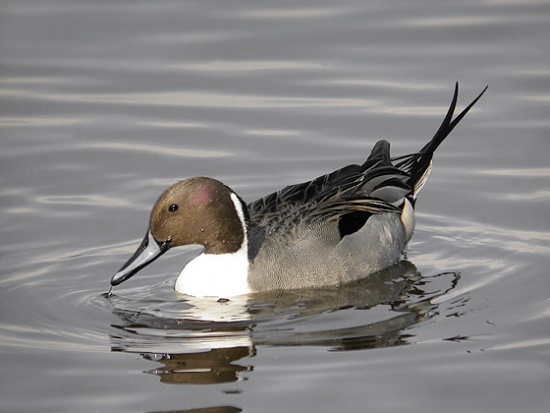 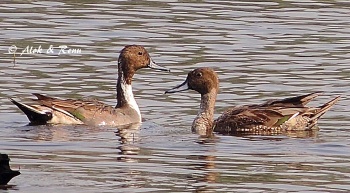 Female is mostly brown, richer brown on head with bold buff mottling on mantle and strong white mottling below. Tail still pointed, but shorter than male. 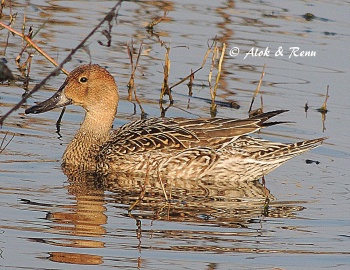 Isolated southern populations of pintails from Kerguelen (eatoni) and the Crozet Islands (drygalskii) are treated either as subspecies of Northern Pintail or as full species by some authorities[2].

It feeds by dabbling for plant food mainly in the evening or at night. Diet includes aquatic insects, mollusks and crustaceans as well as grasses and seeds in fields.

The nest is a shallow scrape on the ground lined with plant material and down, in a dry location that may be fairly far from water.

Search for photos of Northern Pintail in the gallery

Search for videos of Northern Pintail on BirdForum TV