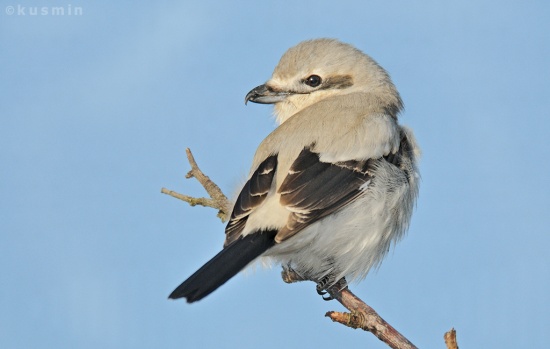 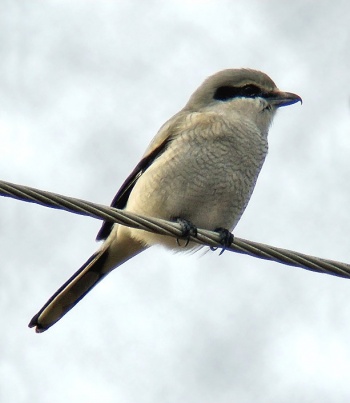 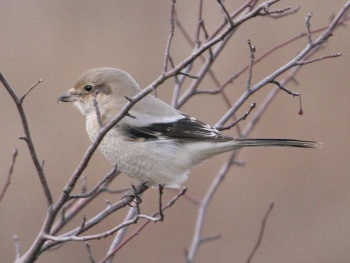 Complex, and potentially liable to further revision[2]. Was formerly considered conspecific with Great Grey Shrike, and some Asian populations may be split or possibly even returned to Great Grey Shike[2].

This is a polytypic species currently treated as consisting of five subspecies[1] in two groups, which may represent separate species.
American Group (Northern Shrike)

An additional subspecies L. b. invictus was sometimes recognised for the populations in the western half of North America, but is not now considered distinct.

L. b. mollis is distinct in the adult plumage resembling the juvenile plumage of the other subspecies, with fine barring on the underparts at all ages.

Diet includes large insects, small mammals and birds and it often stores uneaten prey by impaling it on thorns. They commonly hunt from a very high perch usually a tall tree top.

Often mimics the calls and songs of other birds such as Blue Jays, Gray Catbirds, American Robins, and Song Sparrows.

An assortment of harsh nasal sounds.

Search for photos of Northern Shrike in the gallery

This link searches for videos of Northern Shrike

Search for videos of Northern Shrike on BirdForum TV