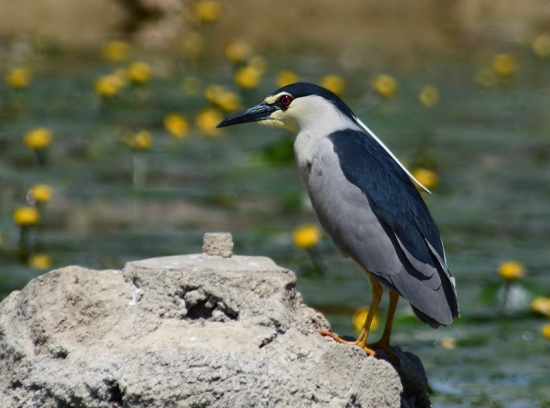 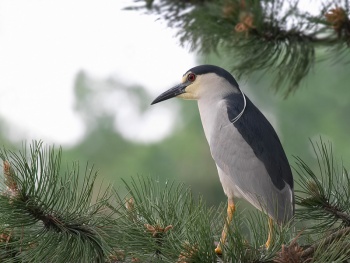 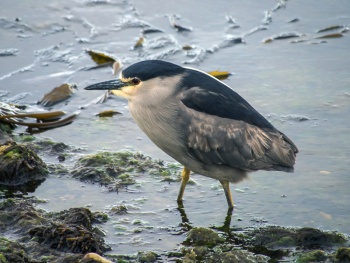 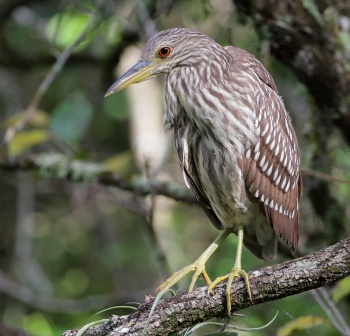 Adults are very distinctive, with few confusion possibilities. Rufous Night Heron overlaps locally in southeast Asia; it differs in being reddish-brown where Black-crowned is dark grey. In South America, the Boat-billed Heron has a similar plumage pattern, but is smaller and with an obviously large, swollen bill.

Juveniles are more easily confused with other brown herons; Botaurus bitterns are markedly larger, while juvenile Ixobrychus bitterns are smaller. Young Yellow-crowned Night Heron in the Americas is the most easily confused; it differs in being longer-legged, duller brown with smaller pale teardrop marks, and thicker-billed.

Near cosmopolitan, throughout warmer areas of Europe, Africa, Asia, North, Central, and South America. Missing from Australasia, where it is replaced by the closely related Rufous Night Heron, and Antarctica. 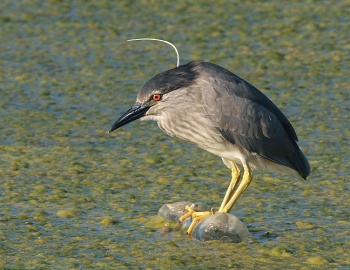 Patchy breeding range across southern and central Europe from Iberia to Greece and Turkey, and north to France, the Netherlands, and Russia. Its range is currently expanding slowly north following better protection, with the first modern breeding record in Britain in 2017.

It is a summer visitor to all its European range, with birds migrating to subsaharan Africa in winter. Overshooting spring migrants are regularly seen in Britain (>500 records), usually May-June, more rarely north to Iceland and the Faroes, Norway, Finland, and Estonia. Also recorded on the Azores, Madeira, and Cape Verde Islands.

There are also feral colonies in Belgium which are the descendants of released birds, and formerly also in Norfolk, England and around Edinburgh Zoo, Scotland (the latter were of the subspecies N. n. hoactli).

In Asia breeds from the Caspian east to China and Japan and south to India and Sri Lanka, Malaya, Borneo and Sumatra. Birds in central Asia are migratory, those in southern Asia are resident. 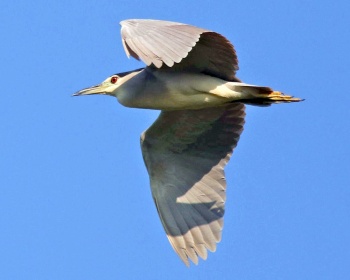 Widespread in subsaharan Africa from Senegal to Somalia and south to the Cape but breeding records are widely scattered. Also small numbers in northwest Africa, the Nile Delta and parts of the Middle East.

Breeds in south-central and south-eastern Canada and over much of the USA except the mountains of the west. Also occurs in the West Indies and from Mexico south to Panama and over most of South America except the higher Andes and Amazonia. Also breeds in the Falkland Islands and Hawaii. Northern birds are migratory and winter in south-west and south-east USA. 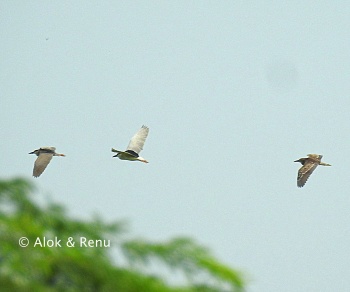 Wooded swamps, well-vegetated margins of lakes and rivers. On passage and in winter sometimes in more open habitats, including brackish lagoons and estuaries.

An opportunistic feeder, their very varied diet consists of fish, and shellfish, leeches, earthworms, insects, amphibians, reptiles, such as lizards and snakes, turtles, rodents, birds, and their eggs. They also eat plants, carrion and forage at landfill sites.

It builds a platform of sticks placed in tree or cattails and nests colonially; more than a dozen nests may be in a single tree. Clutch usually consists of 3-5 greenish eggs.

Search for videos of Black-crowned Night Heron on BirdForum TV