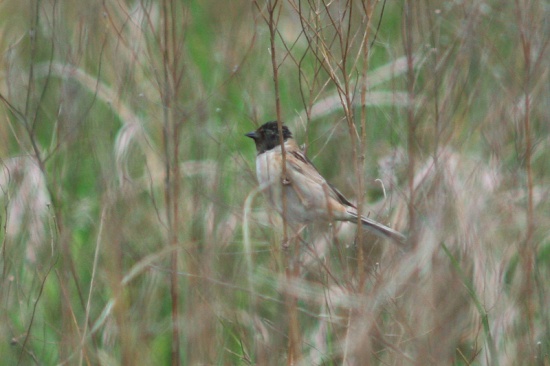 Recorded taking seeds, beetles, caterpillars and berries.
Breeding season from May to July, double-brooded. The nest is a small cup made of dry grass. It's placed close to the ground in grassy area. Lays 3 to 5 eggs.
A migratory species, arrives at breeding grounds not before May and leaves in September.

Search for photos of Ochre-rumped Bunting in the gallery