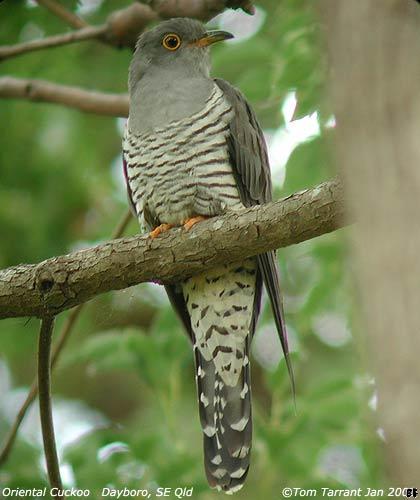 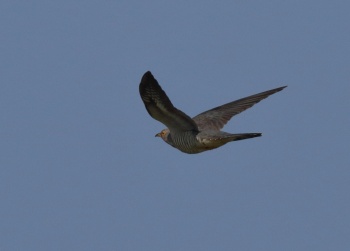 Breeds from eastern European Russia east through Siberia to Kamchatka, south to Kazakhstan, the Altai, Mongolia and northern China. Also in Korea and Japan.
Winters from southeast Asia to Australia.
Vagrant to New Zealand, western Alaska and western Europe.
Common in its breeding range.

This is a monotypic species.
It was formerly considered conspecific with Himalayan Cuckoo and Sunda Cuckoo under the name Oriental Cuckoo Cuculus saturatus.
Some authorities use Cuculus horsfieldi as scientific name.

Found in forests, mainly coniferous and mixed-coniferous. In Sichuan up to 4500m, in the Altai region lower than Common Cuckoo, usually below 1000m.

Search for photos of Oriental Cuckoo in the gallery

Search for photos of Oriental Cuckoo in the gallery