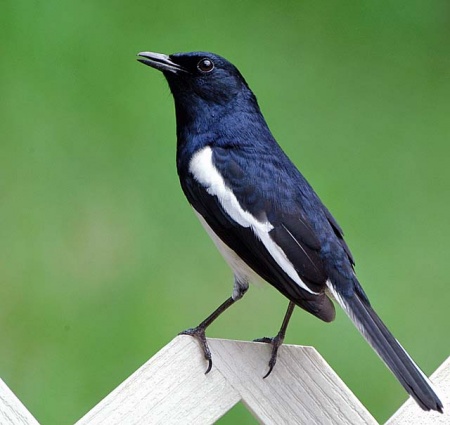 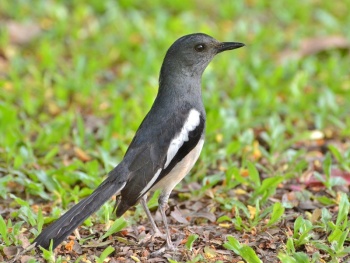 Males in Borneo have an all black belly.

Philippine Magpie-Robin was formerly included in this species. 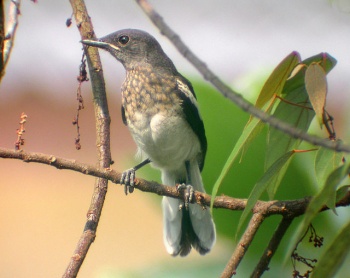 They hop on the ground with a frequently cocked tail.

The build their nests in a hole, often in a wall. The clutch consists of 3-6 eggs which are incubated by both sexes.

The male sings from a perch during the breeding season. It is a loud, tuneful, song.
In the recording here one male sitting high up on a Pine tree is giving song with a variety of intervening calls.

Search for photos of Oriental Magpie-Robin in the BirdForum Gallery

Search for videos of Oriental Magpie-Robin on BirdForum TV