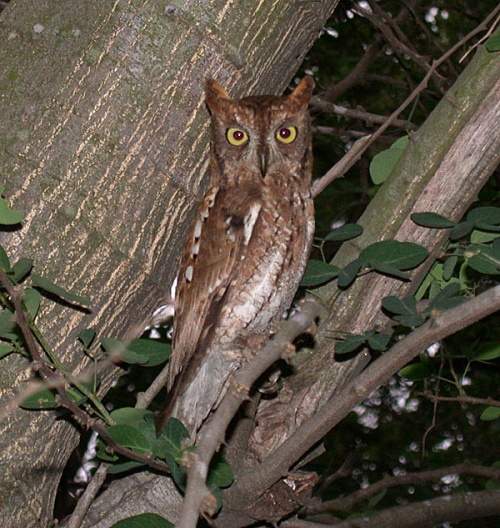 Accidental vagrant to the Aleutians in Alaska (1 record). 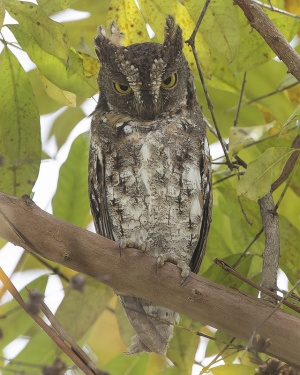 Dry deciduous forests, with a preference for the edges and glades of open woodland.

Their main diet consists of insects and spiders. They also eat rodents and small birds.

Their nest is a hollow in a tree trunk.

Search for photos of Oriental Scops Owl in the gallery