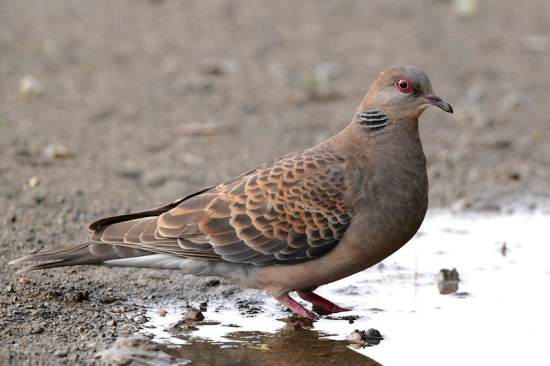 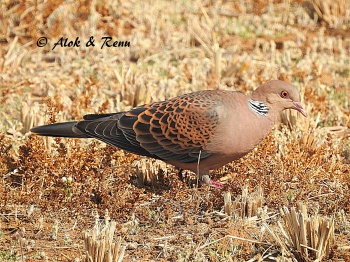 Sexes are similar but juveniles are paler and lack the distinctive neck patches.

European Turtle Dove is similar but has black (not dark gray) centers to the mantle feathers and broader rusty fringing to the greater and median coverts. Spotted Dove has similar neck pattern but lacks rusty mantle fringes and has different vocalisations. 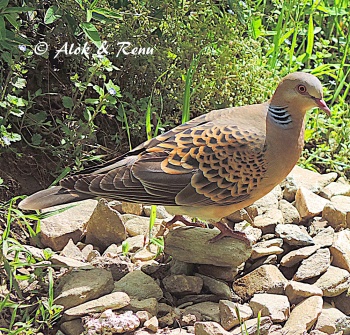 There are six subspecies generally recognised[1]: 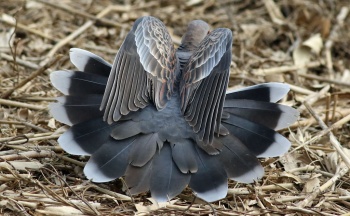 Forages on the ground, sometimes in rice paddies. Their diet is mostly vegetarian, consisting of cereals and pine seeds, also shoots of various plants, including bamboo and herbs.

The clutch consists of two white eggs which are laid in a twiggy tree nest.

Populations of northern Asia from Siberia to Japan and Kurile Islands migrate south to winter in southern and eastern Asia from India to southern Japan. Otherwise resident.

Typical call is a four-note croo croo-croo crooo. Himalayan populations vocalisations are said to differ substantially from north Asian populations suggesting that more than one species may be involved. 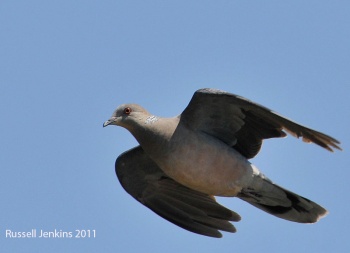 Search for photos of Oriental Turtle Dove in the BirdForum Gallery

Search for videos of Oriental Turtle Dove on BirdForum TV