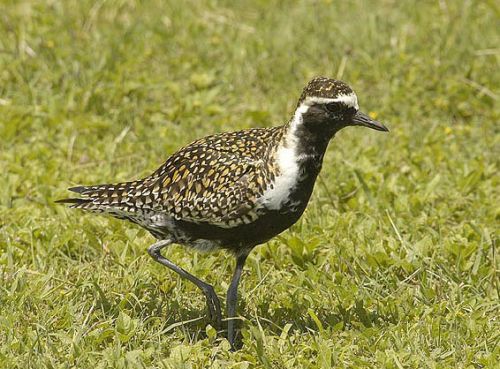 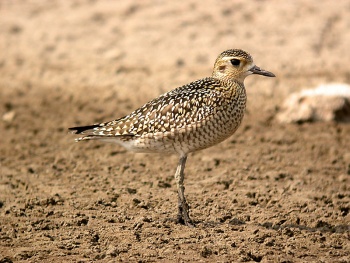 Juvenile: resembles winter adult but has an almost white forehead and supercilium. The flanks are chevroned with dusky-yellow but belly and vent are whitish. 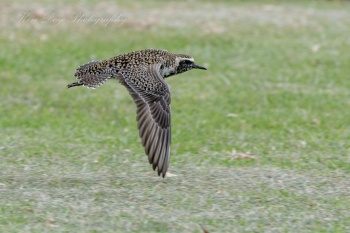 Breeds in the tundra of (Siberia and western Alaska). Winters in south Asia, Australasia and the Pacific Ocean islands, notably Hawaii.

A regular vagrant to Europe, north-eastern Africa and California.

In the past, it was often considered a subspecies of American Golden Plover (sensu lato) by some authors, under the name 'Lesser Golden Plover'[2]. 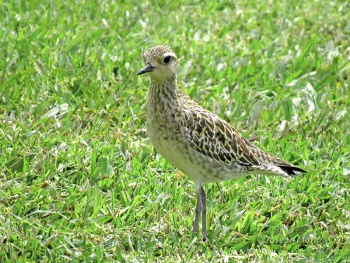 They may form large flocks on their winter feeding grounds.

Diet includes molluscs, worms, crustaceans, spiders. During breeding, berries, seeds and leaves are added. They use the typical 'plover' feeding action of 'run and stop'.

They make their nest as a shallow scrape lined with lichens. Four eggs are laid, incubated by both parents (26 days). After hatching, the chicks and parents move off to moist shrubby or grassy tundra. When threatened, the parent distracts the predator from the nest or chicks by pretending to have a broken wing. Both parents raise the young, but if the brood is late, only by the male.

They are long-distance migrants breeding from the Russian Far-East to northern Alaska and migrating as far as Australia and New Zealand.

Search for photos of Pacific Golden Plover in the BirdForum Gallery

Search for videos of Pacific Golden Plover on BirdForum TV