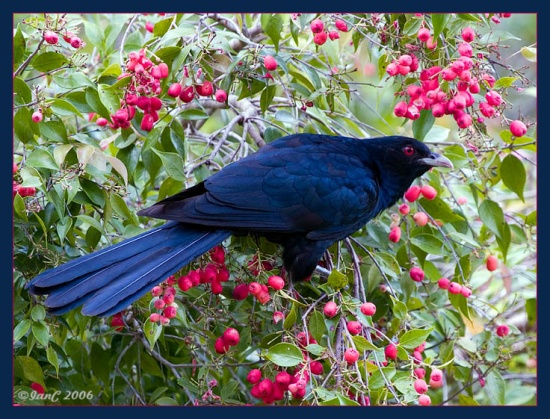 Juvenile: resembles the adult female, but is more buff and has a dark eye. 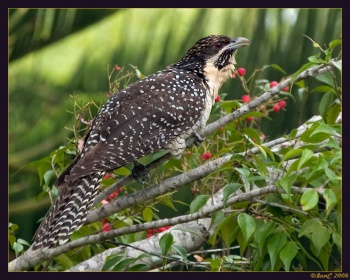 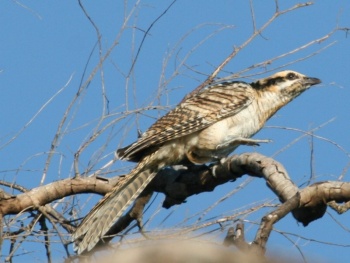 It is a brood parasite, laying 1 egg.

It is also colloquially known as the Rainbird or Stormbird in eastern Australia, as its call is supposed to foreshadow rain.

Search for photos of Pacific Koel in the gallery