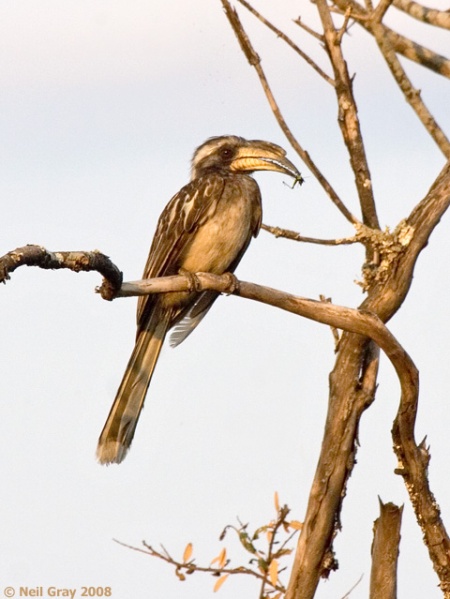 Females are smaller, have a smaller casque ridge and a browner eye.
Juveniles have a small, casqueless bill.

From Angola east to Tanzania, Mozambique and Zambia.
Recorded as vagrant in Kenya.
Widespread and locally common.

Forms a superspecies with African Grey Hornbill.
Formerly placed in the genus Tockus.

Diet not well known. Probably mostly insectivorous.
Forages among foliage, sometimes on ground.
Breeding little known. Nests in a natural cavity in a tree, the entrance is sealed to a narrow slit. Lays 4-5 eggs.

Search for photos of Pale-billed Hornbill in the gallery