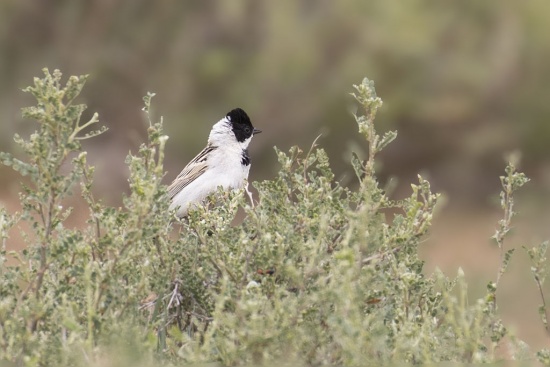 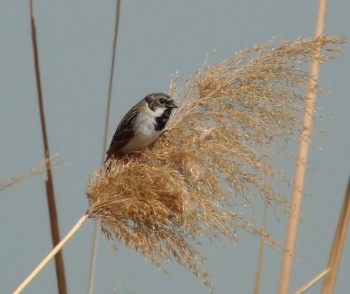 Reed Bunting is very similar, but slightly larger and much darker and browner; also has a stouter bill with a slightly curved culmen and dark grey where Pallas's is pink (both have black bills in breeding males).

An additional subspecies minor is not recognised by all authorities[2].

Breeds in wetland reed beds and beside lakes; along streams in taiga and tundra; winters in grasslands and marshlands. On passage found in more scrubby areas.

They feed mainly on seeds and other plant materials with insects and invertebrates in the winter time. During the breeding season they concentrate on invertebrates.

Their nest is constructed from grass and sedges and lined with hair and fine grasses.

Search for photos of Pallas's Bunting in the gallery