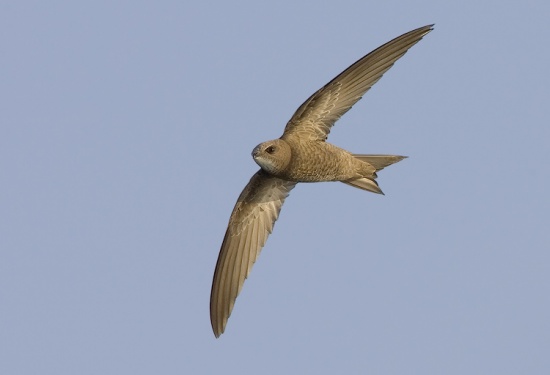 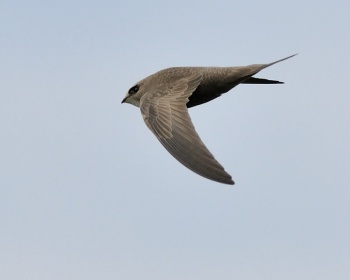 Mainly around the Mediterranean, the Arabian Peninsula and northern Africa.
In Europe occurs in Portugal (including Madeira), Spain (including the Balearics and the Canary Islands), southernmost France (including Corsica), Italy (including Sardinia and Sicily), the Dalmatian Coast, Bulgaria, Greece and Cyprus. A small colony also in southern Switzerland.
In Africa found in Morocco, Algeria, Tunisia, Libya, Egypt and in some oasis in the Sahara.
Winters south of the Sahara from Senegal to Ethiopia.
In Asia found in Turkey, the Middle East, the Arabian Peninsula, the Iranian Coast and in southern Pakistan.
Vagrants recorded in Britain (80 up to 2012, but only detected since 1977 when identification criteria became better known), in spring and October-November, mainly on the southern and eastern coasts of England but also north to Shetland. Elsewhere, recorded in Ireland, Belgium and the Netherlands, Germany and Denmark, Hungary, Estonia and Norway.

There are 3 subspecies, which only differ minimally and are very difficult to distinguish[1]:

Subspecies illyricus has occurred in Denmark as a vagrant. The first Scottish record, in Orkney in 1996, appeared to belong to subspecies brehmorum, which is the most likely subspecies in Britain.

Usually more coastal than Common Swift but also in river valleys, and in Bulgaria, up to 2800 m altitude in the Rila Mountains.

Feeds over open country and towns, breeds in crevices in buildings or cliffs. It migrates much earlier than Common Swift, usually arriving on the breeding grounds in March, sometimes February (some African populations are non-migratory), and also departs later in the autumn, typically October or early November.

Unlike the Common Swift, it is usually double-brooded. Nests with second-brood young in alpine chalets above 2500 m in Bulgaria can fledge as late as late October, by which time substantial early winter snowfall has occurred.

The 'screaming' call is distinctly slower and lower-pitched than the similar call of the Common Swift, and can be a useful detection character in mixed flocks.

Search for photos of Pallid Swift in the gallery