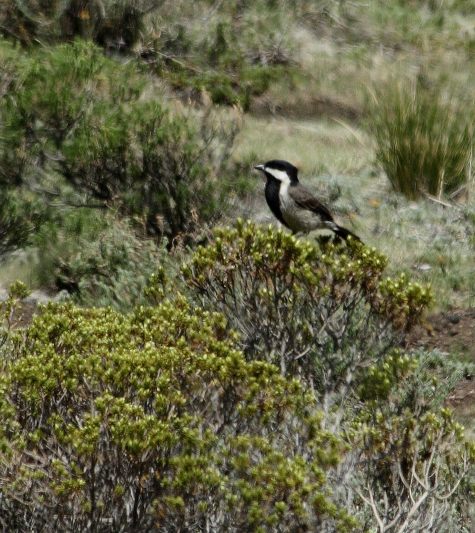 Adult male: Crown and lores to nape glossy black. Broad buffy white band from the base of the bill to the sides of the neck. Mantle, back, rump and upper wing coverts dark greyish brown; flight feathers and primary coverts edged buff. Chin, throat, centre of breast and centre of belly black; flanks and sides of belly and breast pinkish buff. Bill black, eyes brown and legs and feet grey. 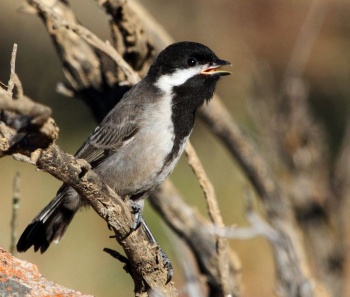 Found in pairs or small groups; forages in branches and foliage of trees and shrubs mainly for insects and other invertebrates, also some fruit; calls often while foraging.

A cooperative breeder. The nest is a pad of fine material at the bottom of a cavity, often in a tree, earth bank or stone wall. Two to five eggs are laid July to March.

Search for photos of Grey Tit in the gallery