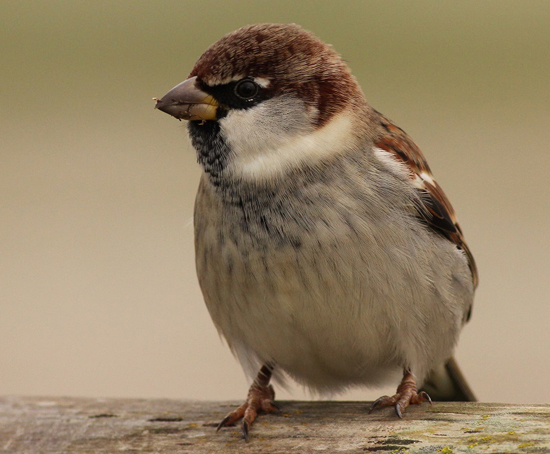 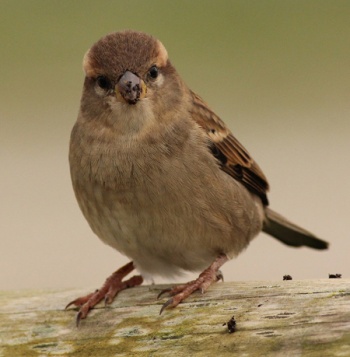 Especially females are similar to females of other species like House Sparrow, Spanish Sparrow, Russet Sparrow or Iago Sparrow. Sind Sparrow is very similar but smaller.

This is a monotypic species.
It has traditionally been included in House Sparrow, but some authorities think it is a form of Spanish Sparrow, some think it may be a stable population of hybrids between House and Spanish Sparrows, and more and more sources are now treating it as a full species (as an example of hybrid speciation). Below is a link to a discussion thread on the taxonomic status of this form.

Nests of grass, wool, feathers and other soft materials are made in holes in buildings or other structures, though house sparrows will also breed in thick ivy and natural structures. The clutch consists of 4-5 glossy pale blue eggs which are incubated for about 12 days. The young fledge after about 3 weeks. There may be up to 4 broods in the season which runs from April to August, though 2-3 broods is more normal.

Search for photos of Italian Sparrow in the gallery

Search for videos of Italian Sparrow on BirdForum TV