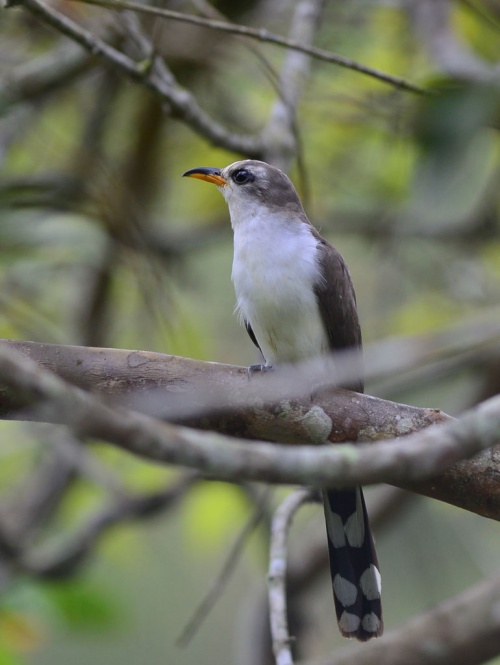 Yellow-billed Cuckoo has inner webs of primaries brown (not white like Pearly-breasted Cuckoo) and shows some rufous on wings.

This is a monotypic species.
Forms a superspecies with Yellow-billed Cuckoo.

Tropical evergreen forest, gallery forest and secondary forest. Also in scrub and sandy woodland. Occurs from sea-level up to 900m.

An austral migrant. Limits of breeding and non-breeding grounds not well known.

Search for photos of Pearly-breasted Cuckoo in the gallery