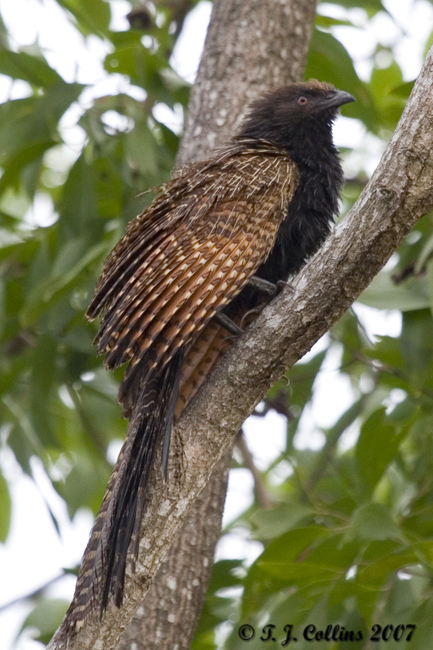 Females are larger and have orange to yellow eyes.
Juveniles more fawn, with paler underparts, brown eye and brown bill, paler below. 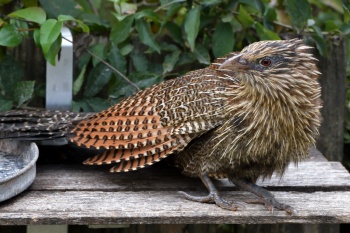 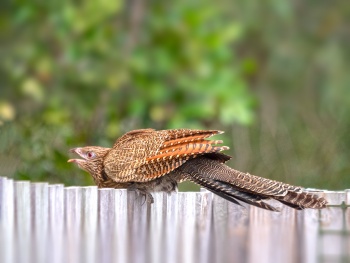 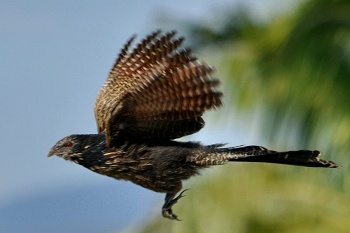 Grasslands, and canefields, dense understorey vegetation, particularly grasses, rushes, bracken and sedges, in open forests and woodlands, and around wetlands.

A skulking species, mostly seen on the ground or clambering in thick vegetation.

Diet includes large insects, small animals, frogs, lizards, eggs and chicks of other birds.
Forages for food by walking in low dense vegetation and in cround cover, then runs down its prey.

Breeding season September to May in Queensland, November to March in Kimberley Divison, December to April in Northern Territory.
Nests, which are dome shaped, are hidden in thick grass or sugar cane or in weedy thickets and is a platform of sticks, grass or rushes, lined with leaves and grasses. The male incubates the eggs and feeds the young, with the female helping with feeding. The female may lay several clutches in a season.

They are resident in most of their range, but leave southernmost part of breeding range during winter.

Search for photos of Pheasant Coucal in the gallery