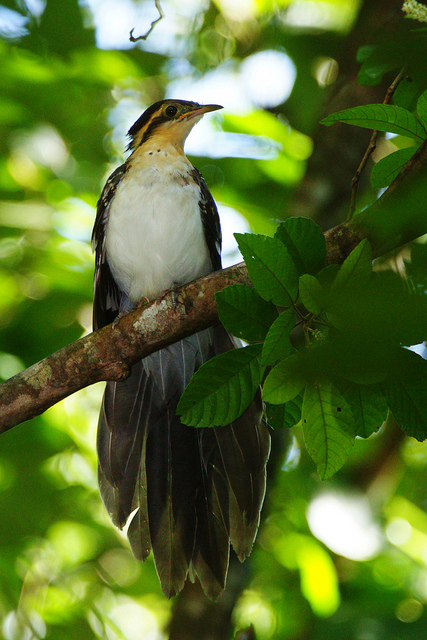 Pavonine Cuckoo is darker and has paler eyes.

Central and northern half of South America: found in the lowlands of southern Mexico to Brazil, Paraguay and north-eastern Argentina.

This is a monotypic species[1].
Birds of Mexico and Central America are sometimes recognized as subspecies rufigularis.

These birds feed on insects, lizards.

Search for photos of Pheasant Cuckoo in the gallery

Search for videos of Pheasant Cuckoo on BirdForum TV