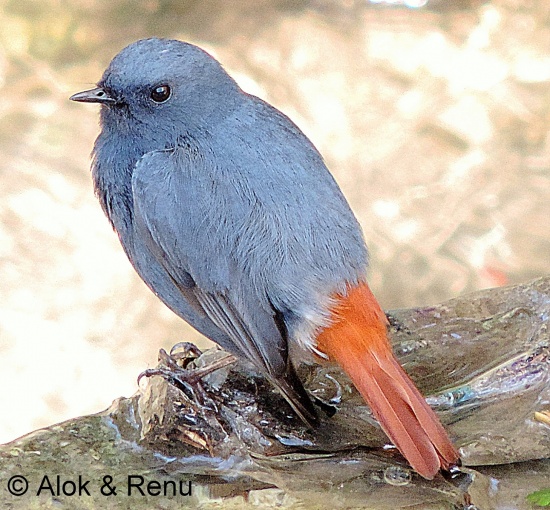 Male has a solid rufous tail, lacking the dark central tail feathers of most other redstart species. Female somewhat resembles Little Forktail, but the latter has a white crown and a white wing-band extending to the back. 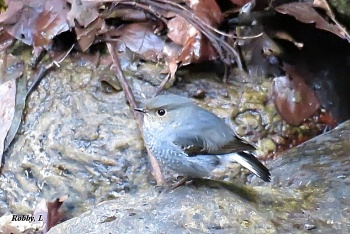 Plumbeous redstart is found along Himalayas from Bhutan to Pakistan through Nepal and India, and further west in northeastern Afghanistan. It also occurs in Bangladesh, China, Taiwan, Laos, Myanmar, and Vietnam; have also been recorded in Russia and central Asia. 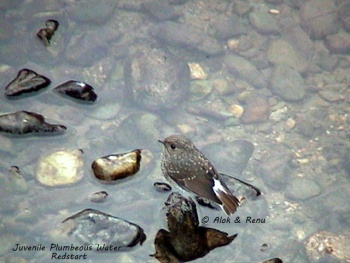 Almost exclusively found on fast-flowing alpine streams; an altitudinal migrant from 1000-4300 m. Perches on shrubs near stream, or on boulders in the water.

Usually abundant in suitable habitat. Both sexes flirt the tail often as they move from rock to rock in alpine streams, and territorial displays are frequent. Often found with dippers or White-capped Water-Redstart.

Their diet consists almost entirely of insects, particularly caddis flies and their larvae, mayflies and midges. They often hawk small insects from low perches on stones or shrubs. They will also eat berries and seeds occasionally.

Search for photos of Plumbeous Water Redstart in the gallery